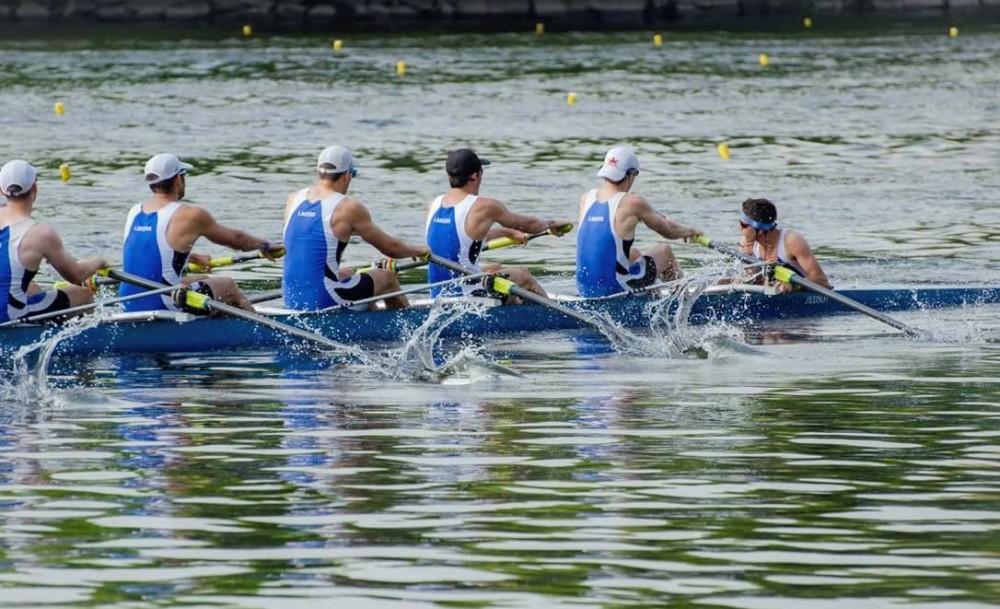 Austin Gentry has never been overseas.

Thanks to the Grand Valley State Rowing Club – and more than a bit of skill – that’s about to change.

Gentry, a senior-to-be at GVSU, has been chosen to compete in the 2015 Summer World University Games in South Korea from July 3-14.

“I tried for (U23 World Championships) and didn’t make it,” Gentry said. “I’m getting older so I can really appreciate the fact that I will never be able to do this again. I’m really excited to test my skill against some of the top athletes.”

Gentry and his teammates are currently in Ann Arbor, Michigan to take part in a 30-day training camp. The team will run through seat racing to decide which rower will hold which spot in the boat when the South Korea competition kicks off.

Gentry, a Corona, California native, lines up in the fifth seat for the Laker rowing crew, a position GVSU rowing coach John Bancheri describes as being in the “engine room.”

The word “horsepower” is thrown around for rowing five-seaters, something the 6-foot-3-inch, 205-pound Gentry has no lack of.

It hasn’t come easily, however.

In seventh grade, Gentry suffered a staph infection that affected his sciatic nerve that left him immobile for nearly a month and sapped him of muscle strength. A few months of recovery and hard work later, and Gentry was nearing his original form once again.

Then, rowing sailed onto the horizon and the real work began.

Gentry walked onto the rowing team at Orange Coast College in 2011. Last year, Bancheri and the Lakers headed to the Golden State to compete in the San Diego Crew Classic.

It didn’t take long for Bancheri to notice Gentry.

“My crew was winning the race with 500 meters to go, they’re in the lead and I’m psyched,” Bancheri said. “I walked past (Gentry) and he goes, ‘I’m interested in Grand Valley.’ I almost stopped watching my race to be able to talk to the kid. What does that tell you?”

Now, following his first year as a GVSU rower, the transfer decision has landed Gentry in a position to compete among the top tier of collegiate rowers from around the globe.

After Hartsuff accepted the position at the team’s helm, he sent out emails to various coaches asking for each coach to submit scores and videos of their best rowers. Gentry made Bancheri’s cut, and soon after made the U.S. team.

Early on in the training process, Gentry seems to be making the sort of impact that has come to be expected from GVSU rowers. Many rowing programs around the country are fully funded, meaning that the rowers do little outside of rowing.

At GVSU, the club rowing squad is not fully funded, and athletes often have to pay out of pocket to compete. Additionally, nearly every Laker rower has experience helping clean the boathouse or doing other forms of labor to help keep the program running smoothly.

Gentry is no different.

“I get a real good sense from him,” Gentry said. “GV has told me all about him. He’s really hard working and chips in outside of practice to help out, help set up or help tear things down.”

The end game of Gentry’s trip is to compete in a worldwide rowing competition. But he might accidentally draw more people to GVSU rowing in the process.

After all, who doesn’t want to go overseas?