Why students lack in voting engagement 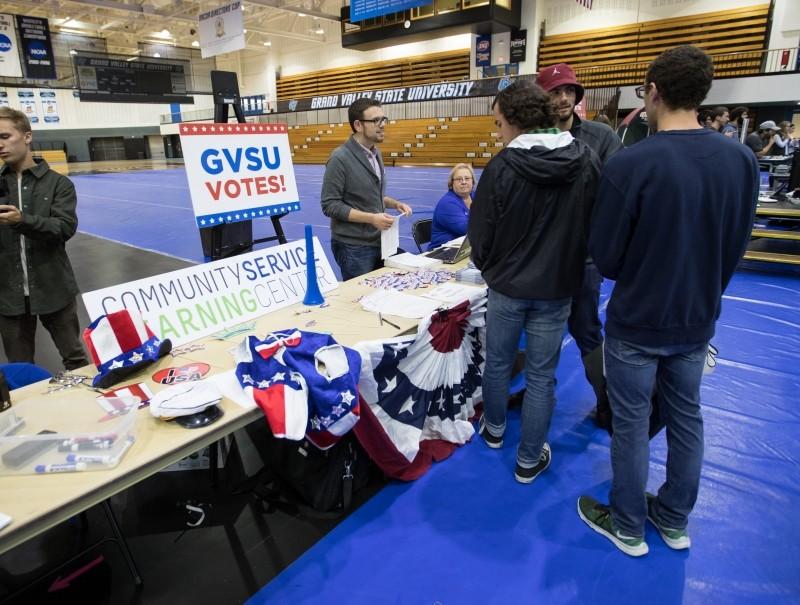 In the 2016 general election, only 56 percent of Grand Valley students were registered to vote and of those registered, only 68 percent actually voted in the election. These numbers parallel young adult voter turnout across the country. According to Tufts University’s Center for Information and Research on Civic Learning and Engagement, 50 percent of eligible young adults voted in the 2016 general election—that’s about 24 million people age 18 to 29.

While falling at a 50/50 split may seem promising, the truth is that voter engagement among young adults is essential to America’s democratic process. Too often are young adults falling into the trap that their vote and their voice do not matter in American politics.

Several instances in past elections have demonstrated how the youth vote can make a difference between a blue or red state. In 2008, under-30 voters helped win Barack Obama Indiana, North Carolina and Virginia. Without the youth vote in these states Obama would have potentially lost the entire election to opponent Mitt Romney. This is just one example that establishes young adult voters as a major subset of the electorate.

In fact, 46 million young people age 18 to 29 are eligible to vote and make up about 21 percent of the voting eligible population in America. Meanwhile America’s senior population is only 39 million eligible voters, this gives the youngest generation the opportunity to sway the vote away from the seniors, which is one of the most civically engaged voting group. About 40 percent of Americans don’t exercise their right to vote in general elections, with even fewer voting in primary or local elections. A large portion of these Americans are the estimated 22 million young adults under the age of 30 who are not registered to vote.

Some young people may believe that their vote does not matter, but others may choose not to vote because of their upbringing in a politically-divided country. The 2016 election showed the many riffs that have formed between parties in both government institutions and in American society. Young adults are feeling a greater dissatisfaction in government leaders and the entire democratic system. This is fueled by both media efforts that have exposed shady practices by government officials and in seeing political parties stonewall each other in Congress. There is also the argument of the electoral college, which upset many on the losing side of the election in 2016. Student voters see a broken system and this only make its more difficult for them to see the point in participating in elections.

However, the importance of the youth vote is only growing as their impact on elections continues to increase. That is why it is essential to get young adults to start habit-forming democratic engagement now. Research shows that young people who participate in voting once are more likely to repeat this behavior. Starting students on this path now can contribute to raising a new generation of civically engaged voters.

As part of national voter registration week, GVSU is hosting a variety of events to not only register students to vote but to also provide them with information on American politics. These events will hopefully register more voters and get students involved in civic engagement. However, registration drives and more may not be enough to get through to students about the importance of their participation. Those canvassing for student voters must be aware of young adults weariness towards the current state of America’s government and focus the importance of voting on students voices being heard.