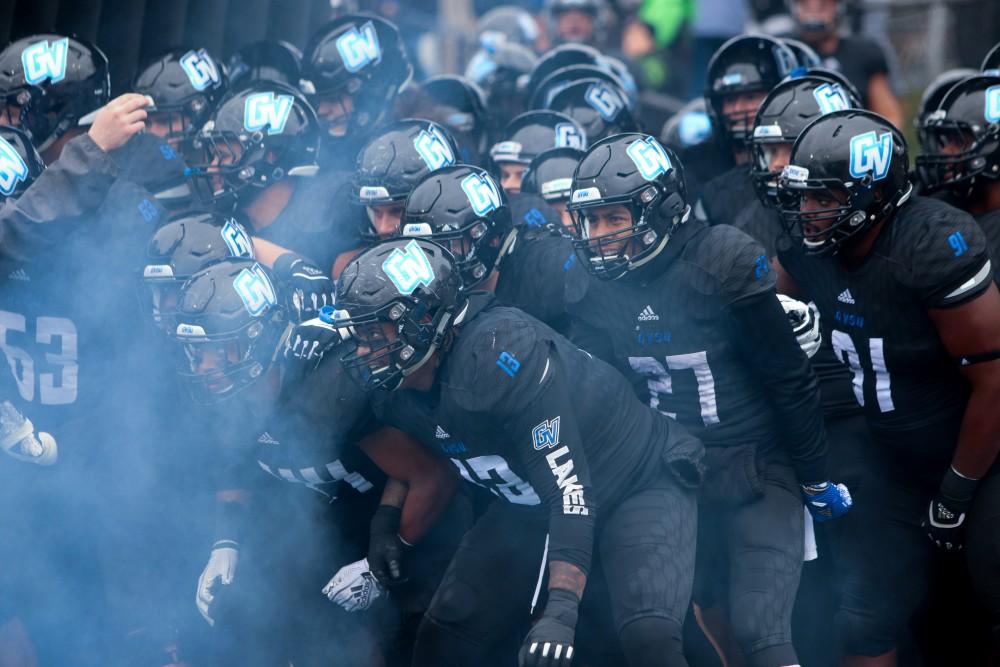 “This is a strong group in three position groups: receiver, interior defensive lineman and the secondary as a whole, I think we have some good mixtures on those,” said head coach Matt Mitchell. “They’re all really good students, I think they’re going to fit in with our campus culture and environment and what we’re doing academically and socially too and that’s important to me.”

While recruiting the group, Mitchell and the rest of the staff were keen on synergizing with the 2018 recruiting class, as that crop was flush with quarterbacks, running backs and defensive ends.

“You win championships when you can stack back-to-back classes and that class we signed in 2018 is killing it at Grand Valley academically and at workouts they’re doing really well,” Mitchell said. “This is another class that I think compliments that class of 2018 and if we can develop and grow them, I think we’re going to have really strong back-to-back classes.”

The new class of signees is noticeably high in out-of-state players. While 22 hail Michigan, one-third of the class comes from surrounding states, which the staff has realized as more and more of an option compared to the competition they face within the state.

“There’s a lot of factors involved but Michigan is pretty heavily recruited,” Mitchell said. “I think we did well with that but if we only limit ourselves to Michigan kids we might leave ourselves short and maybe not have enough talent to compete for a championship. We still try to find areas in the Midwest that are not too far away so families can still follows their kid’s career and we try to find some kids out of state.

While no players have been promised to receive significant playing time in 2019, the Lakers are enthused with the infusion of fresh talent which expects to make an impact during the coming of years.