GVSU an issue of complaint among Allendale residents 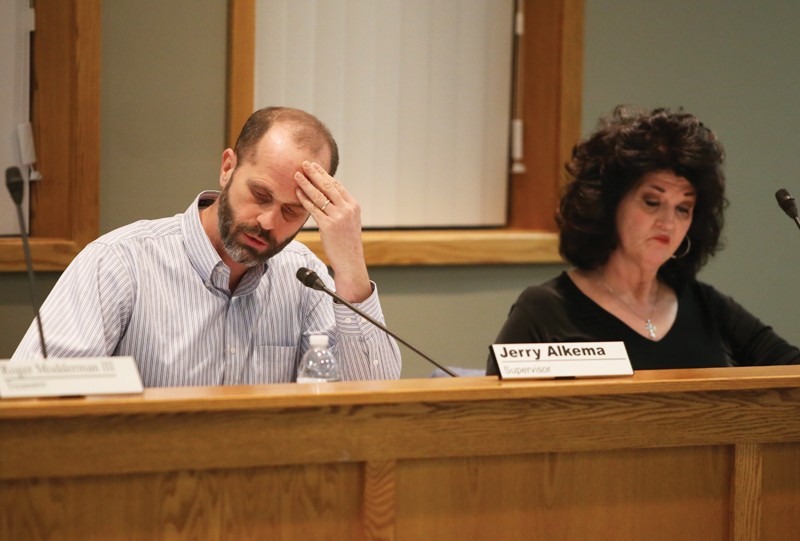 Though the Allendale Board of Trustees did not heavily discuss GVSU at its Feb. 11 meeting, the local university has been a point of conversation over the past few months.

“People in town have had a little attitude about Grand Valley,” Township Trustee Matt Murphy said, adding that the main problems tend to be with the housing needs and traffic growth.

Murphy said the complaints tend to come from the same few private residents, but he would not provide names.

“I sometimes think its kind of hyper inflated where it seems like there’s a bigger problem than it is,” he said. “Certain individuals make it look like a bigger problem.”

The trustee said one of the current issues is over the use of a piece of land on 52nd Street and Pierce Street, which has been a matter of controversy for some time as contractors look to develop student housing there.

Murphy said that while residents complain the new complex would increase noise levels and decrease safety, the land east of 52nd is—and has been—designated for student housing. “People who moved in there knew this when they moved,” he said.

Residents aren’t the only ones campaigning against it, though. Some of the major opponents to additional housing developments have been owners of existing complexes who simply don’t want the competition.

“The argument of necessity of housing has always been an issue,” Murphy said, adding that increased housing might force a decrease in living prices.

“We’ve seen a lot of housing developments both on campus in the last 20 years as well as off campus, and what happens off campus is sort of in the hands of private developers who are going to invest money and develop a housing complex,” Merkle said. “We’ve certainly worked with the off-campus landlords consistently over the years and try to have good relationships with them and encourage them to treat our students well and that sort of thing. I think now we’re at a point where some in the community feel that there’s enough housing and there are people who are concerned.”

The May 7 election ballot will address property issues in the township and could result in more off-campus student housing.

“I definitely think it would help a lot to get Grand Valley students involved in the election and things like that,” Murphy said. “It would make a difference if the people it really affects show up.”

While housing is a large concern, it is certainly not the only one.

“Complaints have been expressed against GVSU at past meetings due to the university’s unwillingness to fund sidewalks,” said Township Supervisor Jerry Alkema.

Murphy added that GVSU has been “adamant” about not wanting to install sidewalks on the golf course side of the street.

“The east side of 48th is along the golf course and that’s not a place that people would walk even if there was sidewalk there,” Merkle said. “I think we’ve always sort of assumed that the property owners along 48th or the township would do something with sidewalks on the west side.”

A project is in the works to expand 48th Avenue into a boulevard some time in the next few years, and Murphy said the sidewalk issue may be addressed amid that construction.
Despite the perceived negative attitude of township residents toward GVSU, Alkema said the university/township relationship has been cooperative.

“We have a great working relationship with everyone on the campus, (and we’re) finding a way to interrelate,” he said.

Merkle agreed that the relationship is not adverse.