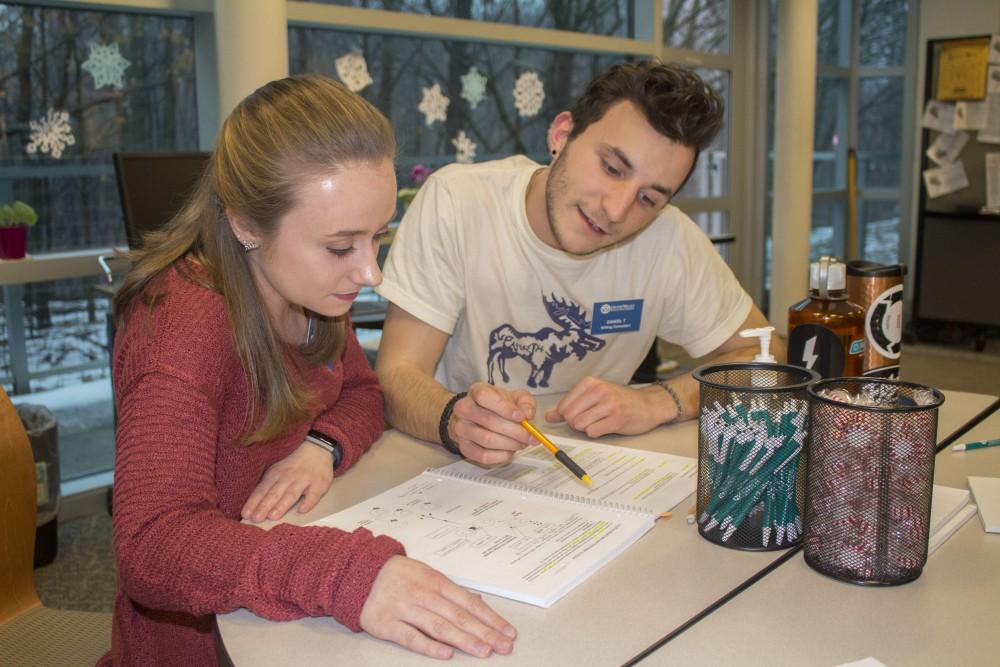 Of the thousands of universities across the United States, all of them are subject to handling situations of plagiarism and academic dishonesty. At Grand Valley State University, there has been an increase in the reporting of violations of academic integrity since a new “centralized reporting system” was implemented in 2014.

Haight said the data is still in its early stages, and conclusions that could be drawn from it might be premature. She said she is skeptical the data reflects an increase in the amount of plagiarism happening at GVSU and instead thinks it captures more of the faculty utilizing the system to report violations of academic integrity.

“I don’t think we have an increase in (plagiarism) happening across campus,” Haight said. “I think we’re seeing it being reported more because we now have a more centralized system of reporting, which two years ago we didn’t have.”

According GVSU’s student code, “Any ideas or material taken from another source for either written or oral presentation must be fully acknowledged. Offering the work of someone else as one’s own is plagiarism.” The student code’s interpretation of plagiarism is congruent to other dictionaries’ definitions of plagiarism as well.

Students who are caught in their second offense—or if their first offense were “egregious in nature”—can be sent through the university’s student conduct review process, where a variety of things can happen. A student could be assigned a grade penalty for the class, be asked to go through a workshop through the Mary Idema Pew Library or the Fred Meijer Center for Writing and Michigan Authors or be suspended from the institution. If plagiarism is realized after a student graduates, then that student faces the possibility of having their degree revoked.

“It could be a number of different things, and it really depends on circumstances,” Haight said.

“If a student is struggling with citation and/or with taking a source and using it in their paper effectively, we are a place where (they) can get assistance with that,” Johnson said.

With many first-time plagiarism offenders, Haight said the university tries to stay educational in nature with consequences while respecting the value of academic integrity. Most first-time offenses do not go on a student’s permanent record, and students are sometimes given the benefit of the doubt by faculty members.

“We don’t like to kick people out of school,” Haight said. “We want them to learn from their mistakes.”

Haight said she believes many students plagiarize because they are behind in their classwork and have other responsibilities. She said it could be a lack of preparation as well.

“It’s panic, it’s stress, and so I think they act like they’re backed up against a wall and they don’t have a choice,” Haight said.

Johnson said he encountered cases of plagiarism when he was a teacher, and in his experience, faculty members are often very frustrated by plagiarism.

“It feels as though there’s been a whole breaking down of the academic system when somebody tries to cheat,” Johnson said. “Granted, from a student’s point of view, I know why it happens.”

Haight said after more data comes in that tracks the number of plagiarism incidents per academic department, conclusions can be drawn about which areas of study or courses contain the highest plagiarism reports, which could lead to future preventative measures.