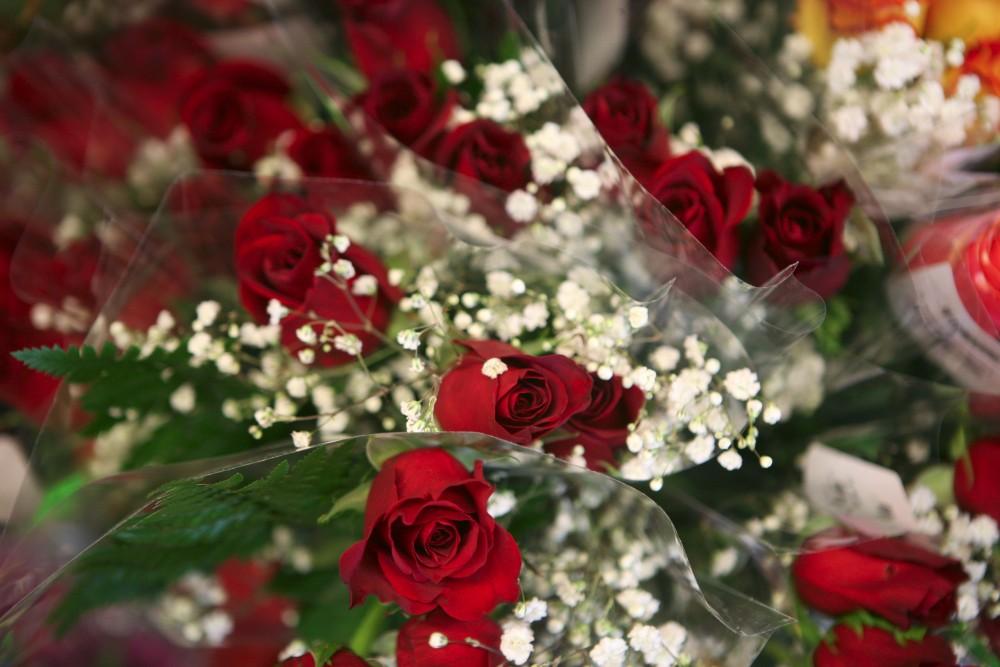 In the second month, February, of Gretchen Rubin’s “The Happiness Project,” she comes to a conclusion about proofs of love.

“Small, frequent gestures of thoughtfulness were more important than flowers on Valentine’s Day,” she wrote. “What you do every day matters more than what you do once in a while.”

However, Valentine’s Day provides a reminder one day each year to show people affection in a special way.

The holiday stems from myths about several Catholic saints.

According to the Catholic Encyclopedia online, two Valentines lived in the second half of the third century, one as a priest in Rome and the other as a bishop in what is now Terni, Italy. Records contain further details about the two men, however the writing holds no historical value.

A third Valentine, a man who suffered in Africa, also comprises a piece of the picture, but no further details are known about the saint.

Yet the Valentines have a few commonalities – all of them died as martyrs, people who choose death rather than renunciation of religious principles, and all of them were remembered on Feb. 14 until 1969 when Pope Paul VI removed the feast day from the Roman Calendar of Saints.

Now, on the holiday known to the commercial world as Valentine’s Day, the Catholic Church celebrates such saints as Cyril and Methodius, Maro, Abraham of Carrhae, Antoninus of Sorrento, Auxentius, Theodosius, Conran, Dionysius, Eleuchadius, and Nostrianus.

Although the holiday belongs to no culture in particular, on Feb. 14 gestures of affection are shown across all countries of the world.

In some Asian cultures, women take Feb. 14 as an opportunity to share love through the distribution of chocolate. They can give standard or obligatory chocolates to friends and special chocolates to their significant others. On March 14, White Day, men return the sentiment with an equivalent gift.

In 2008, the BBC reported Saudi Arabia had banned non-Muslim holidays such as Valentine’s Day. Officials patrolled shops to uncover sales of such illegal products as red roses and exchange cards. However, florists continue to deliver flowers on the black market to countries at increasingly high prices.

Grand Valley State University students celebrate the holiday in a few ways. The Laker Village Community organized a “crush” delivery service with proceeds to benefit underprivileged children in the Allendale area. The Positive Black Women organization will host a Poetry Love Jam at noon on Valentine’s Day in the Grand River Room of Kirkhof Center.

However, most of the small acts of love on Valentine’s Day and on every day this year go unnoticed. Yet, Valentine’s Day provides an easy way for people to share their feelings with one another.

Today, let people know you care. And on every other day this year, keep up the affection.