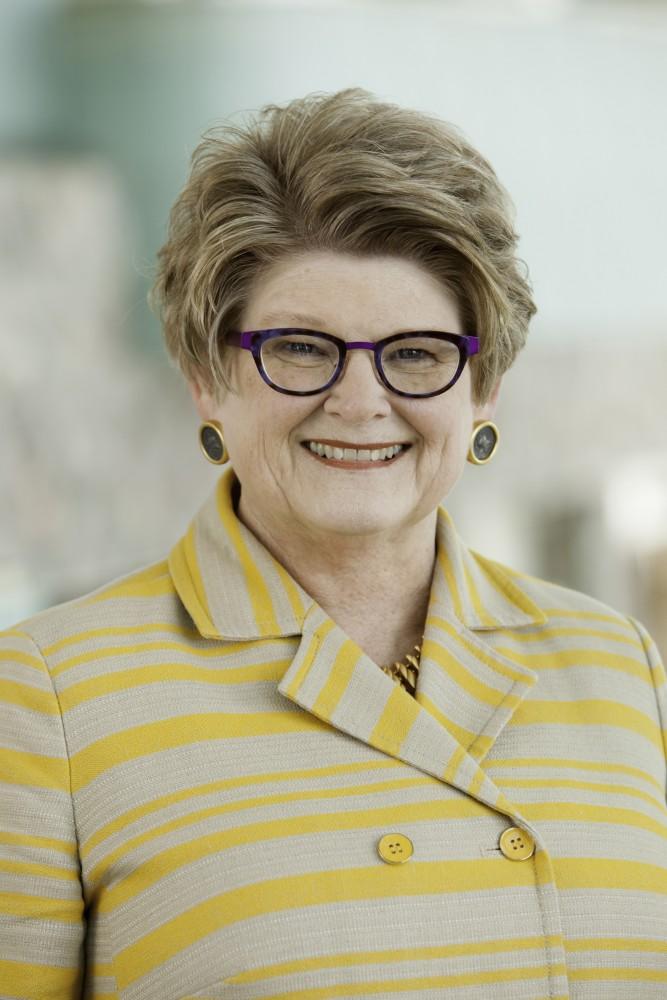 Lee Van Orsdel, dean of university libraries, will retire from Grand Valley State University Saturday, Dec. 31 after serving as dean for 11 years. Van Orsdel came to the university in 2005, when the library facilities were still being held in what is now Zumberge Hall. During Van Orsdel’s time as dean, she helped design the Mary Idema Pew Library and also laid the groundwork for a program in the library called the Knowledge Market.

“I think that it goes beyond just the bricks and sticks of the Mary Idema Pew Library,” said Thomas Haas, president of GVSU. “She has created a cultural transition for students and their understanding (of) how important a library is to their educational success.”

Van Orsdel has worked in libraries throughout most of her career. Before she came to GVSU, she was dean of libraries at Eastern Kentucky University, and before then she was library director at the University of Montevallo. Van Orsdel also worked for EBSCO Information Services for a short period.

Van Orsdel grew up in Mobile, Alabama, a seaport city in the deep south. During her life, she said her father was a very “difficult man” and an alcoholic. The biggest challenge for her growing up was learning how to find her own sense of safety in the world. She said she was not unsafe in her home as a child, but “that’s not how it felt.”

“I think probably as a professional, learning some fearlessness, letting the fears of not being safe, letting those subside and not becoming driven by fears. I think that was probably the biggest challenge,” Van Orsdel said.

In her professional life, Van Orsdel said she struggled with self-confidence and coming to believe in herself as a leader. She said it took a long time for her to learn confidence and how to get good outcomes without “embarrassing” herself.

“It was really hard; every time I applied for a job in a library, I was just tortured with the sense that ‘Am I good enough?’ ‘Do I know enough?’” Van Orsdel said. “(But) I think that’s normal for anyone, and you use that anxiety to fuel energy.”

Van Orsdel said she has been working for 46 years “without a break.” She said she wants to learn how to paint, to live in Europe, to be able to stay up late on Sunday evenings and sleep in on Monday mornings. She said she might even become involved in politics, but said she’s more focused on having a “good time every day.”

“(My retirement) has absolutely nothing to do with ceasing to love the job, my staff or this university,” Van Orsdel said. “I’m just tired and it’s a lot of responsibility. It will be nice to wake up one day and not have that responsibility.”

Van Orsdel will continue to do some public speaking about the library at GVSU in the months following her retirement. She said she already has her first trip for Europe booked for March, and she wants to get in as much traveling as she can.

“I don’t really know what to expect. Lots of adventures, some service, the list is just huge,” she said. “I’m just really interested in seeing what is going to happen when I retire.”

Van Orsdel said she is not nervous as to who the new dean is going to be. She is confident in her staff’s ability to work with the new dean to accomplish goals of the library. She said she only wishes the new dean respects the staff at the library and continues down the path of a progressive, forward leaning culture.

“I think we do have an expectation that the new dean will recognize the talent and the energy of this organization, and help organically bring multiple dreams into reality,” Van Orsdel said.

Maria Cimitile, associate vice president of academic affairs in the office of the provost, said the search for the new dean has narrowed down to three candidates. She said her department hopes to announce the decision by the end of December or beginning of January. She said they are looking for a capable candidate who can take the vision of Van Orsdel and the library staff and “take it to the next level.”

“Right now we are at the cutting edge of university libraries,” Cimitile said. “So we’re really looking for someone who has vision, who knows how to do the day-to-day activities and can serve our students and the community as best as possible.”

Van Orsdel said she is grateful for landing a job at GVSU, and said it is the best university she has worked at. She said she is lucky for being able to spend the last decade of her career at GVSU.

“I just take tremendous joy in the experience I’ve had. It will last the rest of my life, I know,” Van Orsdel said.