Looking out for each other 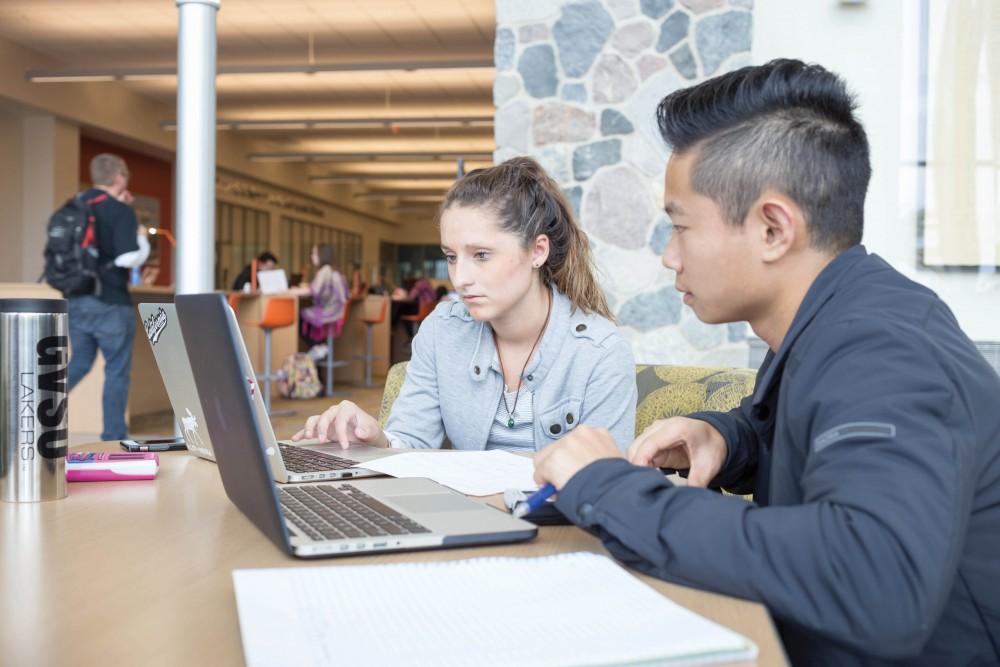 In the classroom, students put on faces of interest, of concentration and of engagement in order to be successful. But outside the classroom, many students battle hardships that make college more difficult in a different way. The loss of a parent or loved one, a bad breakup, a mental health or a physical health concern are examples of these difficulties that can weigh heavily on students, causing them to underperform in class, not come to class or worse.

New this year, the dean of students office has launched a specialized form, called the Students of Concern, or CARE, form, to help observers become interventional in what could be a person’s crisis.

Students, faculty and staff can submit a form on a student at GVSU to let the dean of students office know they have a particular concern about them. The form goes to Aaron Haight, assistant dean of students, who contacts the student to talk with them about the concern that was filed.

Variations of the CARE form can be found in universities across the U.S. Haight said it was important to have forms like this to help students find direction and support in times of need.

“Many times students have a lot going on in their life, and they might not be aware of all the different support and resources that are available to them,” Haight said.

Haight said she’s seen everything from substance abuse to eating disorders getting reported. Despite the severity of some issues, she said many success stories have come out of her reaching out to students to tell them about the options they have. She said she receives a lot of gratitude from students and parents for reaching out as well.

“GVSU is a really big place, and they say it’s nice to know someone cares,” Haight said. “I think that has been a really positive thing, but I’m hoping it’s more positive for the students and the families.”

Haight said sometimes students don’t want to be sought out or they don’t want to speak to anyone about their problems after a CARE report has been submitted. She said the office lets it go eventually but not until they have reached out many times to the student while trying not to be overly invasive.

“I would rather be on the side of caution and care than ignoring the student because they don’t want to talk to us,” Haight said.

Eric Klingensmith, the assistant director of the University Counseling Center, helped create the CARE form for GVSU. He said the form was the latest in helping GVSU students in need.

“Someone may not be drawing attention to themselves because they’re not leaving their room, and no one may know about them,” Klingensmith said. “It allows a point of intervention in someone who can help someone like that.”

Haight said information about the form was sent to all faculty and staff at the beginning of the year, but she said the office has not done a lot to publicize it to students yet. She said in times of extreme crisis, it’s important for people to call 911. So far into this year, 327 CARE reports have been filed.

The online form can be found on the GVSU student conduct, intervention and support page at https://www.gvsu.edu/conduct/students-of-concern-care-form-24.htm.