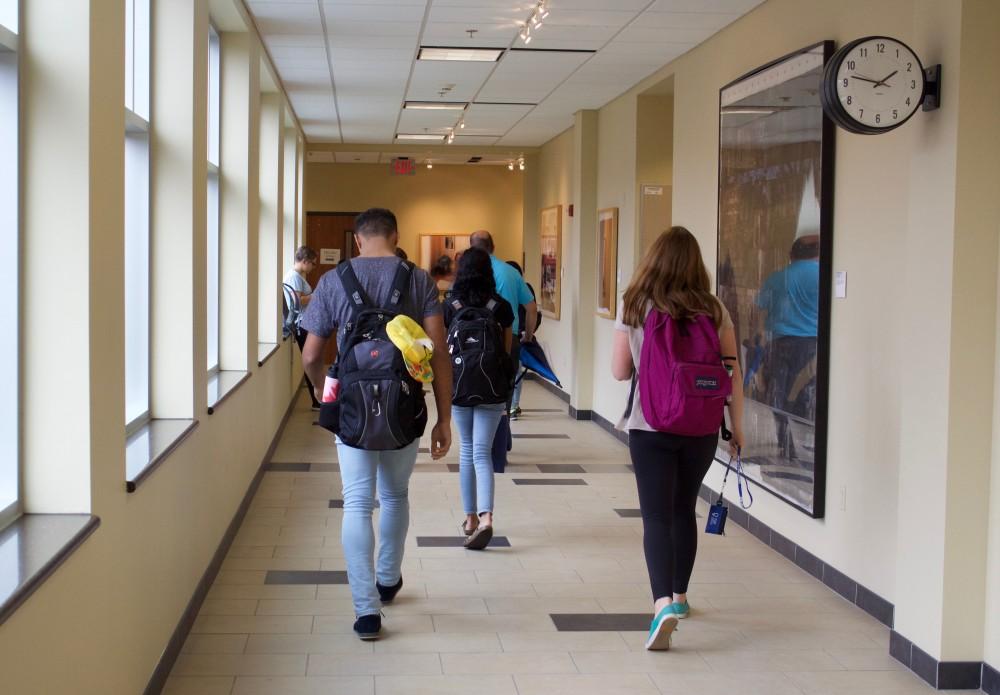 The Frederik Meijer Honors College at Grand Valley State University has chosen not to start a search committee for replacement of the former director of the honors college, Jeff Chamberlain, for the fall of 2017. Instead, the Honors College has decided to name Roger Gilles, a writing professor at GVSU with experience in administration, interim director for two years, until a number of “internal affairs” are dealt with.

Some of those internal affairs include reorganizing the structure of the Honors College, eliminating redundant committees and committing to feedback to add more honors courses for third- and fourth-year students.

“The interim period is a time to regroup and articulate the values of the program and to look inward a little and get ready to hire a permanent director,” Gilles said.

Chamberlain expressed his desire to leave GVSU for the Hicks Honors College at the University of North Florida in April 2017. Because of Chamberlain’s late departure, Gilles said there was not enough time to form a search committee and begin finding a replacement for this semester. A new director is likely to begin in the fall of 2019. Gilles said the year will be informative for the faculty and staff at GVSU and will serve as a self-reflection for the Honors College as well.

“This year is really about talking with the whole university and solidifying what the Honors College is all about and preparing for that search,” Gilles said.

Gilles said his goal is to get more people introduced to the Honors College program, and to help them understand it, for the benefit of the new director. He said he knew Chamberlain personally and assured him he would try to maintain the progress Chamberlain had made during his time as director.

“I think he did a fantastic job for the 10 years he was director,” Gilles said. “I was listening to everything he told me, and I just tried to make sure I was able to continue what he was doing.”

The interim director said the main focus right now is to ascertain the best governing structure for the Honors College in the form of committees.

According to Gilles, there will be committees that will guide curriculum and oversee students and the hiring of faculty. He said there are currently committees that overlap or are redundant and everything must be reorganized.

“Our main focus is trying to figure out the committee structure,” he said. “I think what we’re trying to do is to institutionalize that work so that, going forward, more people are involved in those things.”

Gilles said he is still new on the job and that everything from the website to the message the Honors College is sending out will be evaluated.

“I’m still learning an awful lot; I’m trying to get the lay of the land exactly,” Gilles said. “We are really trying to look at everything to try to help run things as smoothly as possible.”

Gilles said he would like the new permanent director to be someone who is flexible, open-minded and eager to involve people from all over campus.

“I think it should be someone who is open to the entire campus and wants to involve people from around campus, and they should make sure students feel like honors is a possibility for them,” he said.