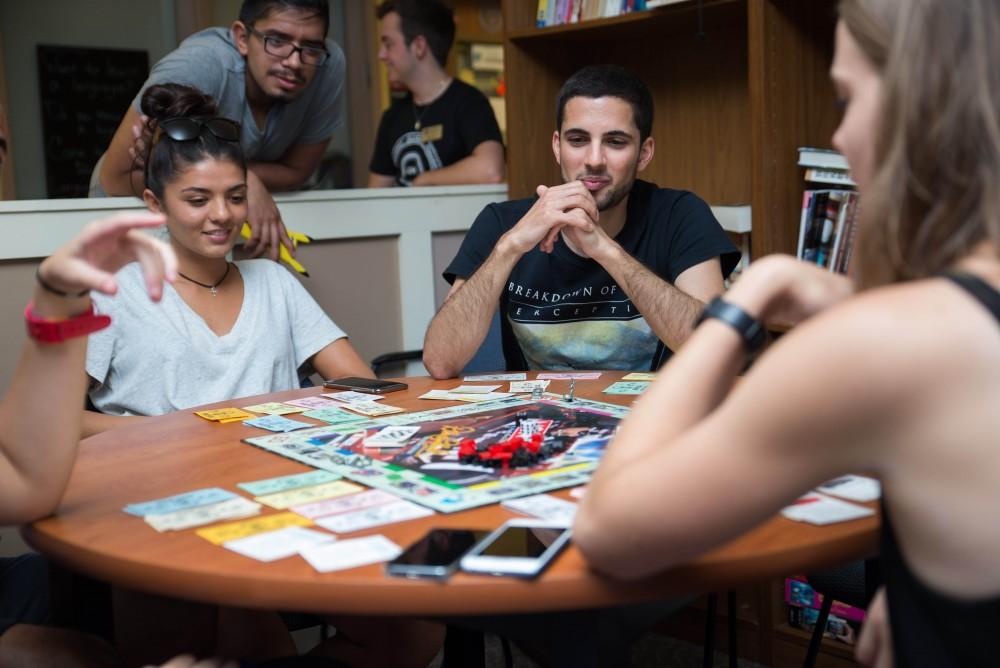 For many college students, winter break is about going home to connect with family and friends they may not see often. Many people in the U.S. may celebrate Christmas, but there are a vast number of holidays taking place in the months of December and January. Grand Valley State University is home to hundreds of international students, many of whom choose not to go home for the holidays and instead, find unique ways to celebrate their traditions here in the U.S.

Beatriz Indurain is an international student from Barcelona, Spain. Indurain practices many traditions in her home country for the popular holiday, Three Kings Day. She said on Christmas Eve she and her family take a big trip to the spa, and then after meet at her house for dinner. She said Americans typically eat dinner around 6 p.m. or 7 p.m., but in Spain the normal time to eat dinner is at 9:30 p.m. or 10 p.m. On Christmas Day, she said her whole family on her mom’s side gets together to watch all of her younger cousins open their presents.

Three Kings Day marks the last day, Jan. 6, where festivities are held to celebrate the birth of Jesus and the three wise men who brought him gifts. Traditionally, gifts are exchanged on Jan. 6, but traditions differ among families.

Indurain said her favorite memory growing up was all the presents she got for Three Kings Day. She said she doesn’t get as many presents now that she’s older, but her values on the holidays have changed. She said as a child, she valued the presents more than spending time with her family because she “had that every day” and never got to appreciate it.

“But now, being far away from home, honestly I don’t care about the presents,” Indurain said. “I just love the fact that I can spend time with my family.”

Indurain has spent the last five years in the U.S. and has gone home for the holidays every year. But this year, Indurain is making the choice to stay in the U.S. She is going to spend the holidays in Miami with some friends from Spain.

Indurain is not the only student celebrating a holiday on campus other than Christmas. Meng Yang is an international student from China. She said the most important celebration in China is the spring festival, better known as Chinese New Year. On the day of the new year, she and her family gather together and wear new clothes and new shoes, which she said represents a “new fortune” in the new year.

When midnight strikes, Yang and her family light fireworks and eat dumplings, which is her favorite part. She said parents will put coins inside some the dumplings while they’re being made, and the person who accidentally eats the dumpling with the coin inside is considered the luckiest person.

“In order to be the lucky person, I eat a lot of dumplings, hoping to eat the one with coin,” Yang said via email.

She said this year she is spending the holidays at GVSU away from her parents and friends, and said she thinks she will spend the holidays with some Chinese students and make dumplings with them.

Many people say their favorite part of the holiday season is spending time with their family, but for international students who either make the choice willingly to not go back to their home country or find it too expensive and inconvenient, the family they spend the holidays with is the one they create for themselves. The importance of family, no matter how one defines it, is a concept which translates across many different cultures and languages.