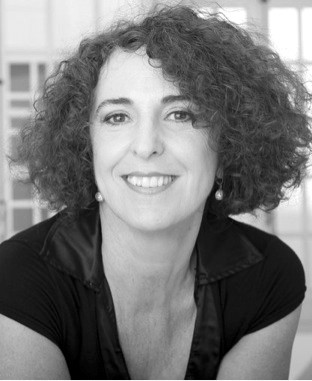 Grand Valley State University will play host to the 22nd International Association of Feminine Hispanic Literature and Culture conference next week, making history in the process.

The Eberhard Center on the GVSU Pew campus will have the distinction of being the first university or institution in the Midwest to host the event, which will run from Nov. 7-10. The annual conference alternates its location yearly between the U.S. and the rest of the world, with previous conferences held in Florida and Nevada domestically and abroad in the Dominican Republic, Spain, and Ecuador, among others.

Professor Zulema Moret of the Modern Languages Department is part of a small committee of colleagues that have been working since July of 2011 on the proposal and subsequent preparations for the conference.

“For me, it was really important to be able to have the opportunity to do the conference here because it’s never been done in the Midwest,” Moret said. “This is the first time a state or university in the Midwest is presenting as a host.”

Each day of the conference will provide guests with a multitude of mediums for observing and learning, including panels, workshops, and literary and cultural productions. Topics such as memory and history, political violence and activism, art and sexuality will be explored, and panel presentations will be available in both Spanish and English.

The conference will kick off Wednesday at 8 p.m. in the Loosemore Auditorium in DeVos Hall with a film titled “La Mosca En La Ceniza,” an Argentine drama about the horrors of sex-trafficking.

Committee member and Spanish professor Mayra Fortes González said she hopes the keynote speakers will offer a unique perspective and receive one by learning about Hispanic culture in Michigan.

“We have four writers who are coming from different countries, so it’s also an opportunity to see somebody from a different country and to talk to them about Michigan,” González said. “They can talk to the students about Chile or Spain or Argentina, so I think it can be a really enriching exchange for students in terms of learning and getting to know women’s experiences and researching what professors and scholars do.”

Senior Carla Landhuis, a double major in English and Spanish, sees the conference as an opportunity to continue learning about relevant issues, and she plans to view the movie on Wednesday.

“I have watched many Spanish films through my classes,” Landhuis said. “All of them have been powerful, stunning and opened my eyes to historical situations I would not have otherwise learned about. I anticipate that this movie will be the same.”

GVSU students can take in the conference for free, while admission is $100 dollars for the four-day event for everyone else.

That includes faculty members like Moret and Fortes, who were unfazed by the cost due to the magnitude of the conference and the needed awareness of issues like sex-trafficking.

“It’s a big event, an opportunity to know what other professors and other people are researching about as well as new trends and issues on women,” Fortes said. “I think it’s very important to raise awareness of these things that are not commonly discussed sometimes and if young women come I think it can be empowering for them to see the other young professors and writers.”

The conference will conclude Saturday night after a performance from the Grand Rapids Women’s Chorus.

For more information, call the Department of Modern Languages or visit www.gvsu.edu/congreso_lit_fem.