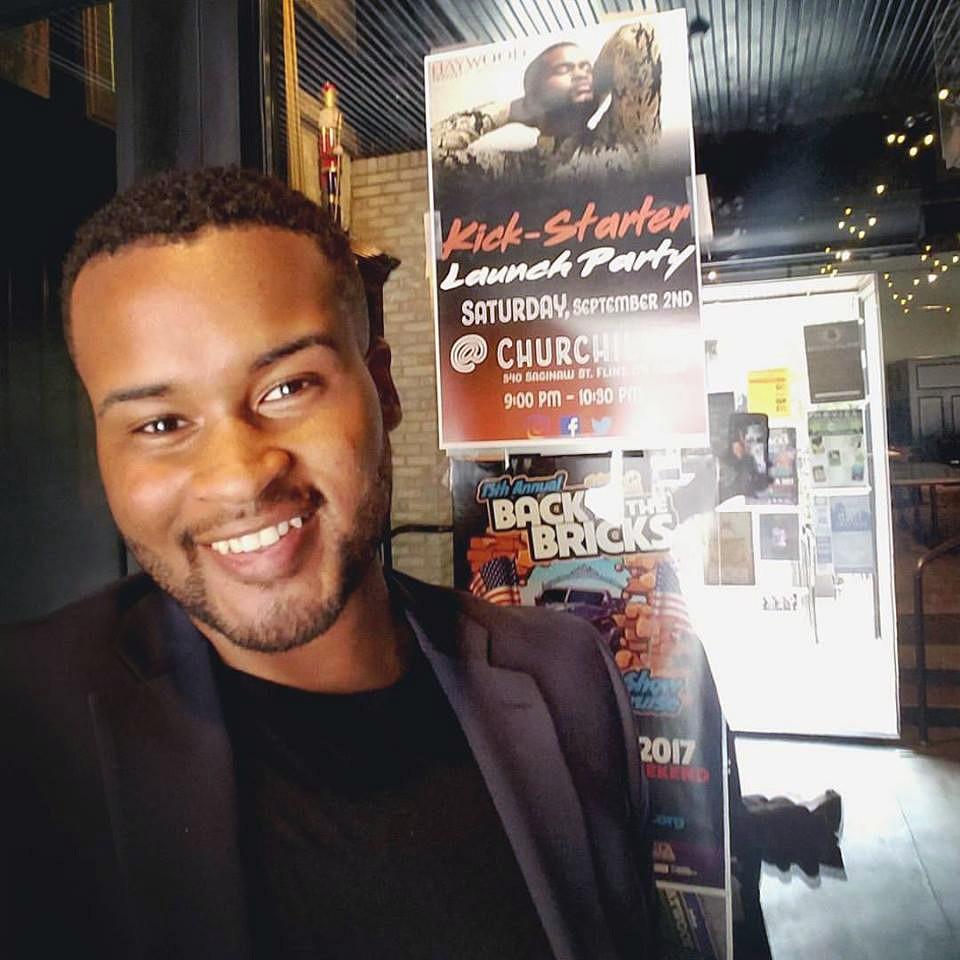 With the nation’s focus on Hurricane Harvey, many have forgotten there is an ongoing water crisis in Flint, Michigan. However, Fabian Haywood, an alumnus from Grand Valley State University, knows there is still work to be done in Flint. Because of this, he is currently attempting to aid the community by developing stable housing.

“Sometimes we get trapped in moving from one tragedy to the next because there’s new information and new events going on all the time,” Haywood said.

Moving forward in Flint, Haywood founded Haywood Property Management with the intention of increasing homeownership, redeveloping a sense community and raising the standard of living for city residents.

“Fabian’s passion for his hometown at Flint has helped him figure out his future, which is creating this business,” said Shelby Bruseloff, a GVSU alumna. “Because of his education, I think he’ll really thrive.”

Haywood left GVSU in 2016, having completed his public administration major and Intercultural Training Certificate. Despite being a recent graduate, he is already well on his way to starting his first business.

In fact, Haywood recently celebrated the launch of his Kickstarter campaign for Haywood Property Management Saturday, Sept. 2. At the party, he introduced himself and his business to the citizens of Flint and revealed the goal to raise $50,000.

The money raised will be used to buy and renovate a multi-unit residential. When that property provides enough income, Haywood will strive to produce additional housing so more people can own a home.

Reflecting on what inspired him to start Haywood Property Management, Haywood looks back on a childhood memory of when his mother received an eviction notice.

At that time, the Salvation Army was offering stipends to help people pay rent, but the line of people seeking aid would wrap around the building. So, Haywood waited with his mother outside all night in the freezing cold to receive a stipend and remain in their home.

Yet he felt the pull to go back to his hometown after graduating from GVSU.

Haywood returned to Flint only to experience culture shock. Among some of the differences he found, compared to the city of his youth, were a lack of camaraderie and less access to healthy foods.

He also came back to Flint’s water crisis, where those in the area still don’t have access to clean water. Plus, the effects of lead are not just in homes, but in churches and workplaces, impacting day-to-day operations for every individual.

“I’ve always wanted to do something that would benefit the community, whether it be some sort of scholarship or creating more opportunities,” Haywood said.

Because of this, Haywood decided he could help by developing affordable housing. With his business, he hopes to address homeownership amongst minorities, millennials and impoverished persons. In turn, he hopes people will stay in the area and help the city flourish.

“I hope they see value in the city of Flint and find a way to do the things they love, while also enriching the community,” Haywood said.

Overall, Haywood wants to combat homelessness, poverty and unemployment in Flint. For those who wish to assist him with his goal, he suggests three ways people can help: continue the conversation about Flint, donate clean water and make a contribution to Haywood Property Management.

“When he finds something he really cares about, he puts everything into it,” Bruseloff said. “He understands the community, and he’s a part of the community, so it couldn’t be easier for him.”