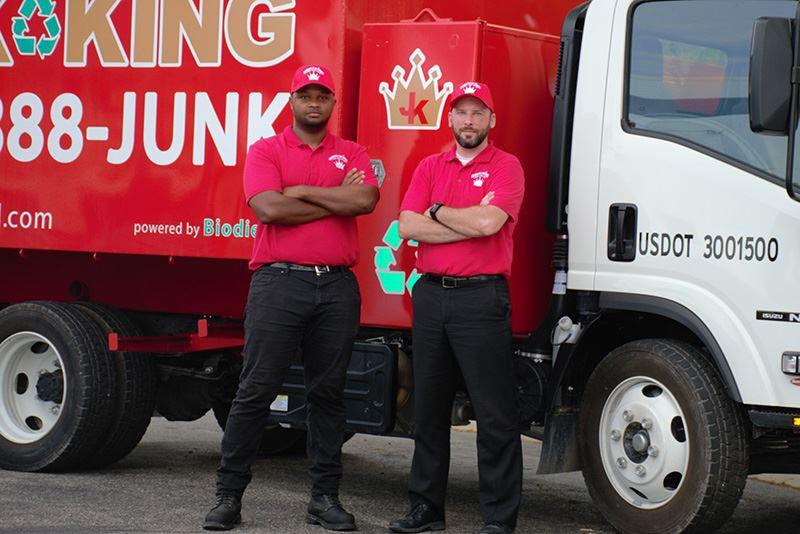 At most universities, football games are some of the biggest events of the year, a rallying event for the student community to come together and find common ground in their love of the game and the tailgate that precedes it. However, there’s often a byproduct of the celebration: garbage.

Cans and bottles strewn across the parking lots, wrappers and cups scattered in the stands, and so much wasted food. This massive mess often requires a team of volunteers who generally have to heap everything into a trash pile and dispose of it. Grand Valley State University is no exception, which is why on Sept. 22, GVSU alumnus and local business owner Joe Howard decided to volunteer his services to help clean up after the game against Michigan Tech.

Howard graduated from GVSU in 2013, and after a few different business ventures with partner Kevin Shultz, the two discovered a need for eco-friendly junk removal in the west Michigan community, eventually becoming local franchise owners of Junk King, a national junk removal company based out of San Francisco. Howard felt inclined to give back to Grand Valley in the form of a junk removal donation, citing his love of football and love of GVSU as reasons for his enthusiasm.

“Oh man, it was beautiful,” Howard said. “It was great to see an organization such as Grand Valley stand by its word and be ‘Laker strong’ to show support for young entrepreneurs and alumni like me. Everyone was so receptive. It was a blessing.”

Howard and Shultz worked to make their cleanup as green as possible, taking the extra time to sort through the trash they picked up.

“We donated our services,” Howard said. “The beautiful thing about [Junk King] is that it’s America’s greenest junk removal service, so 60 to 70 percent of what we get, we recycle, repurpose, and donate. All the stuff we cleaned up for Grand Valley—the majority being pop cans and beer cans—we recycled those instead of having someone just throw them away for trash because they want the site clear as fast as possible.

“We usually charge by volume, so the amount that we basically donated to Grand Valley was about $400 worth of trash that we collected.”

The two men own and operate one of two Junk King franchises in the state of Michigan, the other being in metro Detroit. According to Howard, their jobs spread across all of west Michigan; sometimes north of Muskegon, and occasionally as far down as Indiana. According to Howard, though, not every job is one that involves “junk.”

“Family Promise, the homeless shelter that we work with, we donate some of our stuff to help when their families move out to help with recidivism of homelessness,” Howard said. “Some places, it’s really not junk. But we’re helping keep our west Michigan green, and we take pride in what we do.”

Howard and Shultz say they are looking forward to giving back more, and if it all works out, they would love to return for the homecoming game against Dixie State on Oct. 6.

“I’m looking to get some feedback right now from the athletic department and see if they loved our services, and if so, we’ll make it even better,” Howard said. “We’ll maximize on it, have a better system, get a little bit more involved—any way that we can give back.”