Simien the Whale returns to the Pyramid Scheme 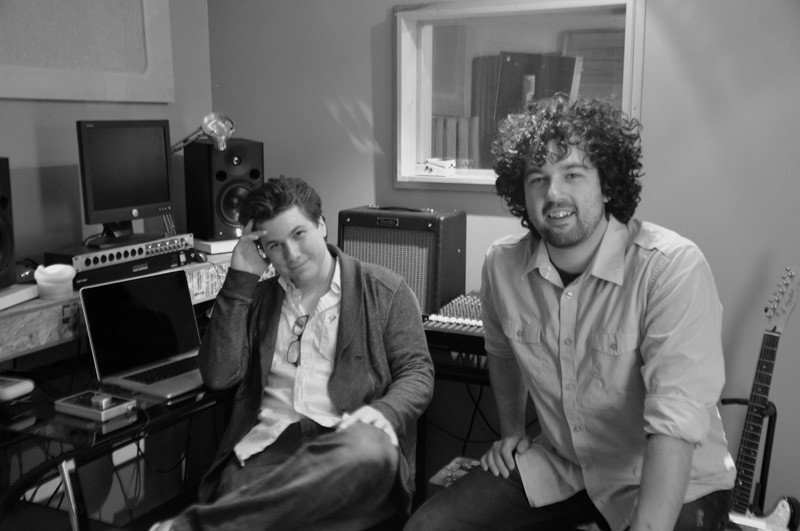 With members Tory Peterson and Zachary Guy living in Grand Rapids and guitarist Rob Jordan in Chicago, finding rehearsal time can be tough for Simien the Whale. But no matter the distance, the band makes it happen.

With a mixture of pop, folk and rock elements, the Grand Rapids-based band creates a sound that resembles their idols, The Beatles.

And as they prepare for their first shows since releasing the self-titled album, “Simien the Whale,” last November, the distance continues to cut into rehearsal and preparation time but they make the most of the time they get.

They’ll be taking over the Pyramid Scheme on Jan. 27 with Ramona Falls and The Hounds Below, after playing the Loft in Lansing Jan. 26. Tickets for the Grand Rapids show are $10.

“(The Pyramid Scheme) is a good size, 250 people, good for our size band,” Guy said. “The people who run it are local and independent people. They are invested in the music.”

Just like Peterson and Guy were in 2006 when they started Simien the Whale.

“Troy and I call ourselves the production duo, we are Simien the Whale,” he said. “We were in a band together when we were 17 and we split ways, then we missed playing with each other.”

Recently, Grand Rapids music columnist and localspins.com owner John Sinkeviks chose their album to be the 2012 Local Spin of the Year.

“It feels great we got picked for local spin,” Guy said. “The album got picked out of 150 and it is an honor.”

Sinkeviks chose the band after their release party at The Pyramid Scheme last year and Simien the Whale has since joined the Middle of the Mitten Festival and are touring throughout Michigan. Their album can be purchased on iTunes and found on Spotify.

“We are trying to sign some support to spread our album around,” Guy said. “We haven’t had a lot of media support, but looking for it on a regional and national level.”

Although the band now books several gigs and tours, they don’t forget the beginning. Guy said it’s difficult to start a band, and it’s the extras, such as a YouTube Channel, Facebook and marketing, which make a band successful.

“It takes a lot of hard work behind the scene, like when we started we thought people would come out and find us,” Guy said.

He recommends to bands that are just starting out to “ask bands for advice.”

“I know that if someone came up to me after a show, I would help them,” he said. “Take the criticism that you get and work really hard.”

The band still works just as hard by putting all of their effort into every show they play – especially the Pyramid Scheme on Jan. 27.

“It is nice because we put all this work into it (and) they are going to get every song from the new album,” Guy said. “We are playing with a national touring band, and I wouldn’t say our album is high energy, but we are trying to replicate the record as well as we can so it can be just as good live.”