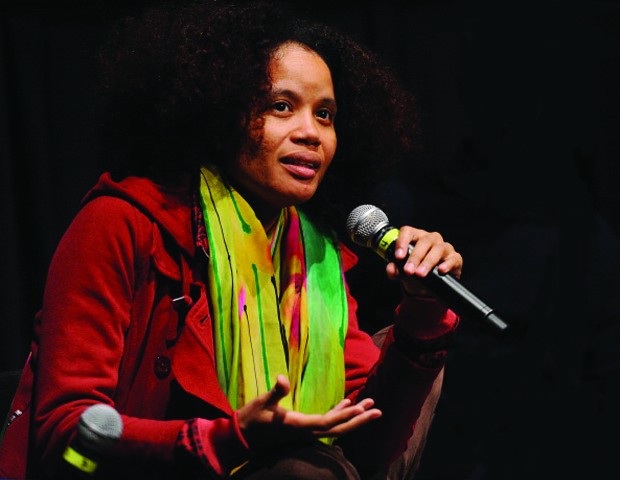 Grand Valley State University will host speaker Staceyann Chin on Oct. 3 at this year’s Take Back the Night event, which aims to raise awareness about sexual assault on college campuses and establish open communication about it.

Chin is the recipient of the 2007 Power of the Voice Award from the Human Rights Campaign, the 2008 Safe Haven Award from Immigration Equality, the 2008 Honors from the Lesbian AIDS Project and the 2009 New York State Senate Award.

“I think with Staceyann Chin’s performance, students will really understand that Take Back the Night is as much about empowering and celebrating the healing journeys of victim-survivors, as it is about awareness and education,” said Xinyi Ou, chair of Take Back the Night. “It is about taking a stand in our community to say, ‘We will not condone this behavior from anyone, sexual violence must be stopped.’”

Chin’s speech will be followed by a march around the Allendale campus and a “speak out,” during which survivors of sexual assault can openly discuss their stories.

Ou said the event is important in that it calls attention to a problem that is often overlooked.

“According to self-report in the winter of 2011, GVSU students indicated that 18 percent of women and 5 percent of men had been sexually assaulted in the last year (GVSU Core 2011 random sample survey),” Ou said. “Clearly, sexual assault continues to affect our very own community, as it does in communities all over the world. Yet, almost 60 percent of sexual assault cases go unreported. We live in a culture that does not hold perpetrators accountable; it would rather try to find fault with the victim.”

Take Back the Night is a collaborative effort between the GVSU Women’s Center and Eyes Wide Open, a sexual assault peer educator organization. It is also co-sponsored by the LGBT Center, Out’N About and Voices for Healthy Choices.

“Awareness, education, and activism all play an essential role in the prevention of sexual violence,” Ou said. “Your stand against sexual violence can begin with attending events such as Take Back the Night.”

The event will take place in the Grand River Room of the Kirkhof Center at 7 p.m. Chin will be doing a book-signing after the speech, and copies of her book “The Other Side of Paradise” can be found in the University Bookstore.