GVSU swim and dive kicks off season against Wisconsin-Milwaukee 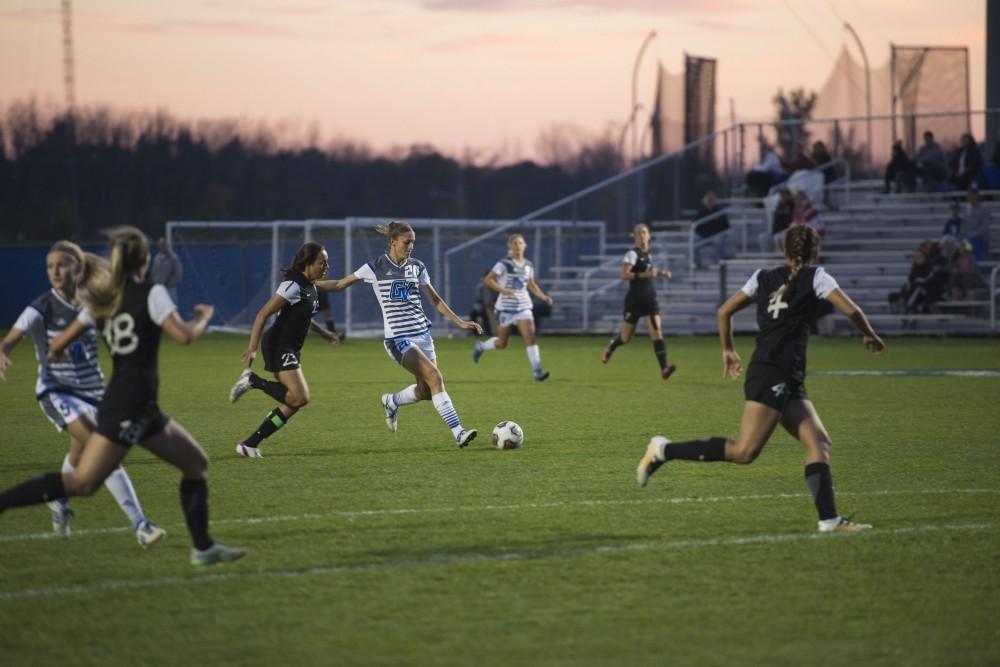 The Grand Valley State University men’s and women’s swim and dive teams hosted Wisconsin-Milwaukee Friday, Oct. 14, and the Panthers posed a great challenge for the Lakers in the first meet of the year.

To kick off the day for the men, the Lakers GVSU A team that consists of Harry Sholaman, Marius Mikalauskas, Liam Little and JD Ham won their 200-yard medley relay (1:34.72).

In the 200-yard freestyle, two-time national champion Leonie Van Noort took first (3:37.84). Van Noort also took second place as part of the GVSU A team for the 400-yard freestyle relay. Van Noort, after coming off a spectacular junior season last year, expects nothing but the best out of herself this season.

“For myself, high expectations. I want to win nationals again this year,” Van Noort said. “It’s going to be hard though, I have some good competition really close by. I just have to keep going and make sure I’m on top of things.”

GVSU coach Andy Boyce had some words of acclamation for Van Noort’s leadership.

“We’re going to have to have some of our freshmen and sophomores step up to the challenge,” Boyce said. “We’ve got some talent with some new swimmers coming in and one new diver on the men’s side. It’s laid out for them a little bit more.”

However, returning for the men is Brad Dalrymple. He won the Division II individual national championship for the 1-meter dive (540.45) as a freshman last year, and he has his sights set on improving.

“My goal this season is to win nationals again and hopefully both boards,” Dalrymple said. “I want to see how far I can get with my diving ability and hopefully push not only myself, but also my teammates.”

Last season, the GVSU men’s team won every regular season meet. The women only dropped one, and it happened to be against Wisconsin-Milwaukee.

Next up, the Lakers will host the Lewis Flyers Friday, Oct. 21.