Review: The light is still on in the ‘Piazza,’ and it’s getting brighter 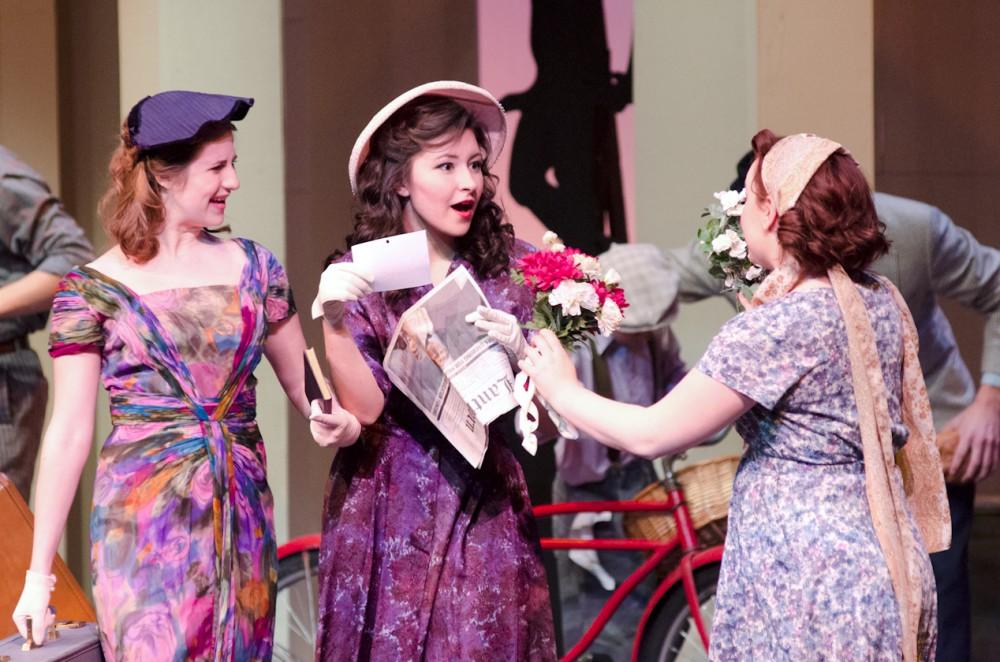 GVL Archive Light In the Piazza

The Grand Valley State University opera theater’s production of “The Light in the Piazza” kicked off last weekend, and its student cast and musical accompaniment are gaining confidence going into their second and final weekend of performances.

The show is only going to get better next weekend, Schriemer said.

“As they get more confident, they go deeper and become more effective as performers,” he said. “It was really thrilling to see them achieve those relationships between people. It was exciting because everything was so important… They’re in the zone.”

The play has a rotating cast for its female leads. Alexandra Pappas gives a more fiery portrayal of the young and love struck Clara, while her counterpart Claire Chardon exposes the character’s childlike quality.

The cast must find a bilingual voice as actors, but they do well never to leave the audience behind.

“They’re speaking in Italian, but you know what they’re saying through context,” Lane said.

Perhaps the most difficult stretch of character would be Ryan Deboer’s portrayal of male lead Fabrizio, who holds the affection of rotating women in Pappas and Chardon.

“What a delicious dilemma: Which one will it be tonight?” said Schriemer. “Both girls are beautiful.”

With the different takes on the same character, the show is worth seeing twice. Each actress brings a different flare and understanding to the passionate Clara.

“Pappas is more willful,” Schriemer said. “She’s a spitfire. You can see that in her eyes. There’s intensity there.”

Pappas seems to draw her spontaneity from the same place she holds her love for theatre.

“I enjoy the thrill and risk of performing live,” Pappas said. “There’s always the chance something could go horribly wrong, or you flub a line, or won’t be able to sing, or miss an entrance. It’s mostly just pre-performance nervousness, but once the show gets going it goes away.”

And the show has gotten going. The first-performance butterflies are gone, and next weekend looks promising.

“I think everybody’s going to be really fired up,” Lane said. “They’re hitting their stride.”

Performances are Friday and Saturday at 7:30 p.m and Sunday at 2 p.m. in the Louis Armstrong Theatre.