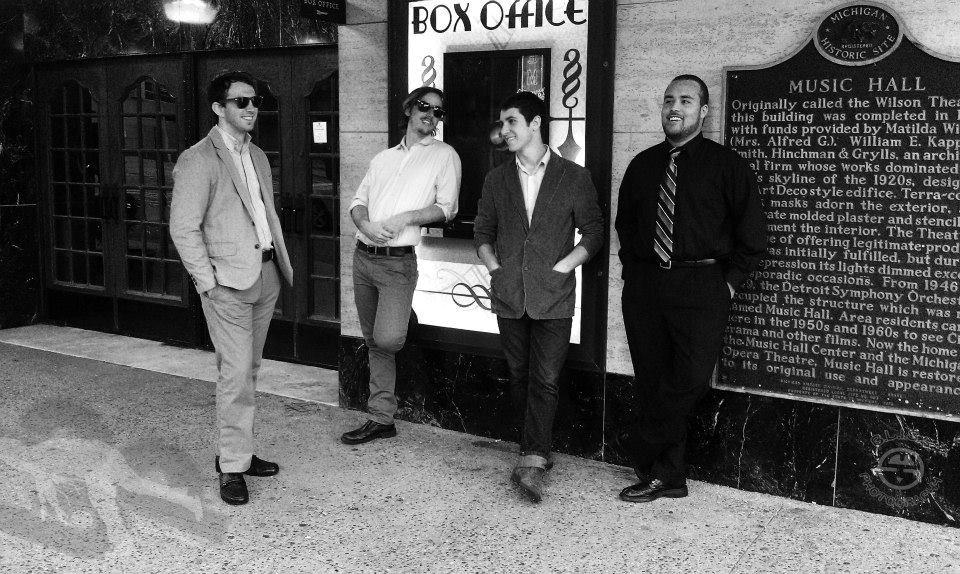 Dutcher Snedeker was leaving a recital and Brad Fritcher was waiting tables when the news rolled in
from their manager Bear Yovino—their band Brad Fritcher Trois had won the jazz category in
ArtPrize.

The group of four is comprised of Grand Valley State University students Snedeker on piano and Ryan
Wallace on upright bass, along with soon-to-be GVSU student Fritcher on trumpet and Christian
VanDuinen on drums.

Throughout ArtPrize, they performed their piece ‘Smooth Silk’ at St. Cecilia’s Music Center and
Women’s City Club. The song, which was originally composed by Snedeker for the piano, came
together in chunks.

“I poked my professor’s brain for ideas, and while he said a couple of things, it was his overall desire
for something ‘non-modal’ that drove me to add the key change and develop the rest of the song into
something that ended more upbeat and rhythmic,” Snedeker said.

After the piece was finished, Snedeker brought it to the rest of the group, and they further developed
each individual part, he said.

“It was one of the first tunes that we all read as like a framework, and we were all like ‘Wow, this is a
great tune. Good job, Dutcher. We’ll use this,’” Fritcher said.

Once the final album was complete, they decided to enter it into ArtPrize, where they got the
opportunity to perform four times for a variety of different people.

“We felt great as a group, and we pushed really hard for votes and to have folks listen to the tunes
live,” Snedeker said. “We all are busy with other projects and commitments, too, so to have some great
performances come together so naturally was a great feeling, and it shows how committed everyone is
to the group.”

It is that feeling of being a group that keeps the band progressing forward in their work.

“The award is really cool, but really all four of us are just trying to work really hard to collectively
make four individual sounds bigger than just four people,” Fritcher said.

As they move into recording their new album, they will continue to produce music that is not
considered ‘stuffy,’ he said.

“I hate to say it, in some realms, people think jazz turns into the upperclass music and it doesn’t have
to be that way,” Fritcher said. “We’re just trying to continue the art form—the jazz tradition.”

Although they do want to keep up with tradition, their music cannot be simply classified as jazz alone,
Snedeker said. Their music also incorporates hip hop, R-n-B, rock, metal and many other stylistic
elements.

“Jazz often has a slightly rigid appearance attached to it, and we are part of the movement of both
moving jazz forward and connecting the past and present histories of the genre to our listeners,”
Snedeker said. “We look forward to bringing our music to more venues in Grand Rapids and we
encourage any Laker to bring a friend and come hang out.”

As the jazz category winners, the band received $2,000 of prize money and will begin recording its
new album in the very near future. The members hope to release within the next four months. To say
thank you to ArtPrize voters, their current album can be purchased at
brotherbearproductions.bandcamp.com/album/blue-lake-studio-sessions for a discounted price.