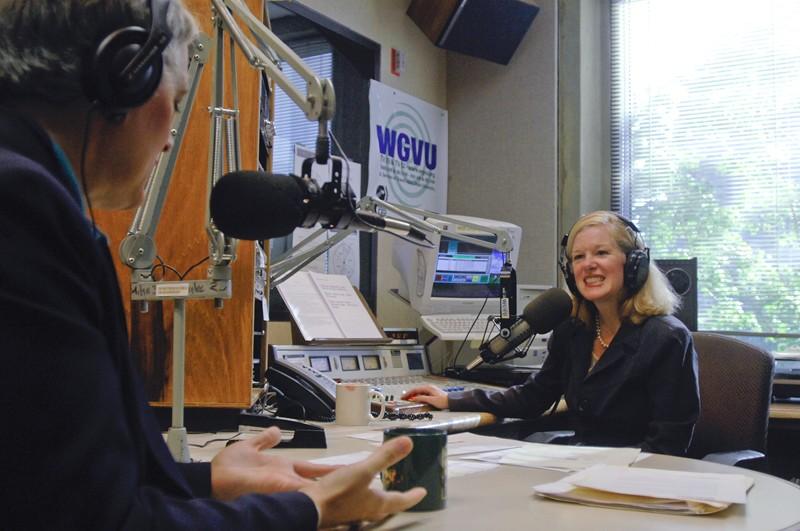 The Michigan Association of Broadcasters named WGVU Radio Station of the Year for 2011, and also awarded WGVU Radio with five Best in Category awards. WGVU received a total of 14 awards at the MAB ceremony held on March 14.

“It is certainly a team effort to win a Station of the Year award and everyone at WGVU has worked hard to achieve this level of excellence,” said WGVU General Manager Michael Walenta in a press release. “It’s so rewarding to be recognized by your peers for doing the type of work you’re passionate about on a daily basis.”

WGVU has to endure less than ideal radio signal strength because they are a relatively young station in the area, Walenta said.

“We do really high quality work with what we’re given,” he said, then compared WGVU’s MAB award to GVSU. “Grand Valley isn’t given awards for how many students they have; they’re given awards based on the quality of the classes… Anything Grand Valley does that’s of note, we will cover. It’s a great way to get that news to the community.”

The Michigan Association of Broadcasters didn’t focus on the number of listeners reached during its award ceremony; they focused on quality programming, and WGVU was given high honors in this regard.

“I think students should appreciate the ability to enjoy and be informed by NPR,” said WGVU News Director and multiple MAB award-winner Patrick Center.

WGVU Radio provides the Grand Rapids area with Grand Rapids centered programming on 88.5 FM, and they also provide something unique to any NPR station.

“We’re the first NPR channel in history to run oldies, hits of the ’50s, ’60s and ’70s,” Walenta said. “The number of people tuning into the station continues to grow.”

The oldies station is another way to expand NPR’s tradition of conservation, said Center.

“When you think of NPR, it’s there to preserve, preserve jazz, preserve classical music,” he said.

And now it’s preserving the oldies.

“We have AM stations at WGVU, we have FM stations, and we have televisions,” said Walenta.