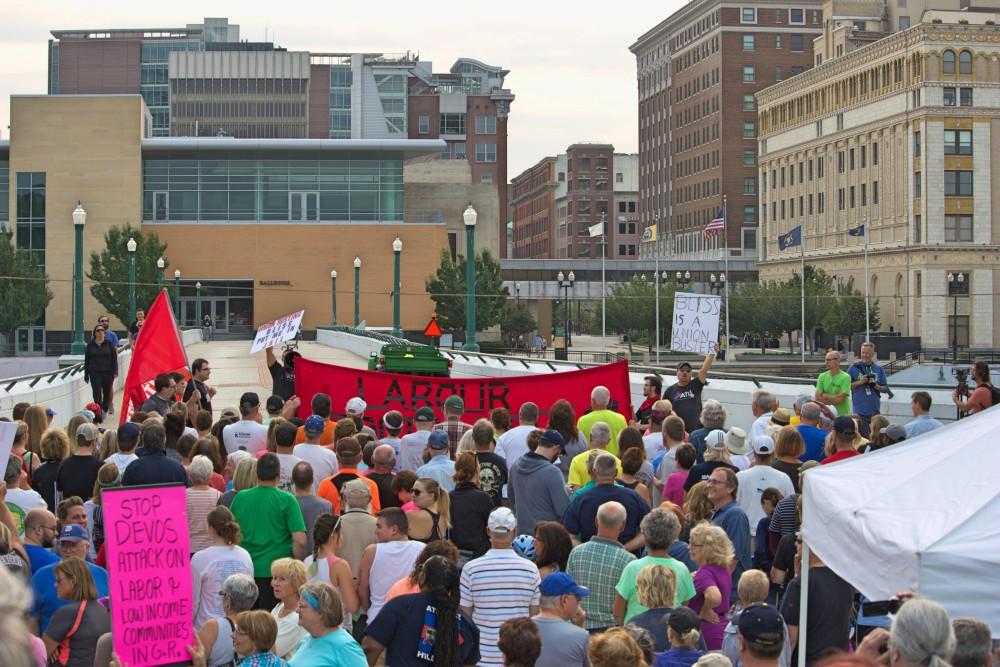 After a one-year break, the Grand Rapids Labor Day Bridge Walk returned Monday, Sept. 4. The event started at Ah-Nab-Awen Park in downtown Grand Rapids at 10 a.m. and covered a 5-mile route, which included the crossing of the signature Blue Bridge.

The event began in an interesting way, as protesters supporting the Amalgamated Transit Union (ATU) in its contract struggle with The Rapid disrupted the 2017 Bridge Walk.

About 20 people holding signs and chanting slogans supporting local unions interrupted Grand Rapids Mayor Rosalynn Bliss during her opening remarks. They then proceeded to follow her along the walk’s route until she relented and left the event near the corner of Scribner Avenue and Bridge Street.

“How dare she speak on Labor Day at Labor Fest as a ‘union supporter’ when she is, in actuality, fighting against unions every step of the way,” said Phil Snyder, branch organizer for Socialist Alternative and a 2012 graduate of Grand Valley State University.

The group chanted slogans such as “union busting is disgusting” into a megaphone and held signs reading “Bliss is a Union Buster.” 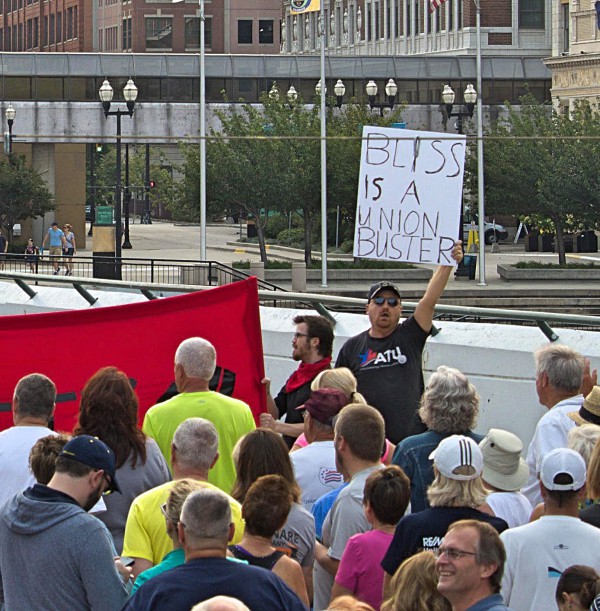 “We wanted to be sure that point was made and that she wasn’t allowed to speak on behalf of unions today,” Snyder said.

Bliss is on the Board of Directors for The Rapid, which has been in contract negotiations for more than two years with ATU, the union of mechanics and bus operators working for The Rapid. The negotiations are over retirement plans, overtime policies, health care and punitive attendance measures.

The tensions around those negotiations have come to a peak recently as, according to Snyder, health care costs for workers threaten to surpass $800 a month.

Louis DeShane, a member of ATU Local 836 who was arrested for disrupting The Rapid’s board meeting Wednesday, Aug. 30, was also at the Bridge Walk to protest Bliss. 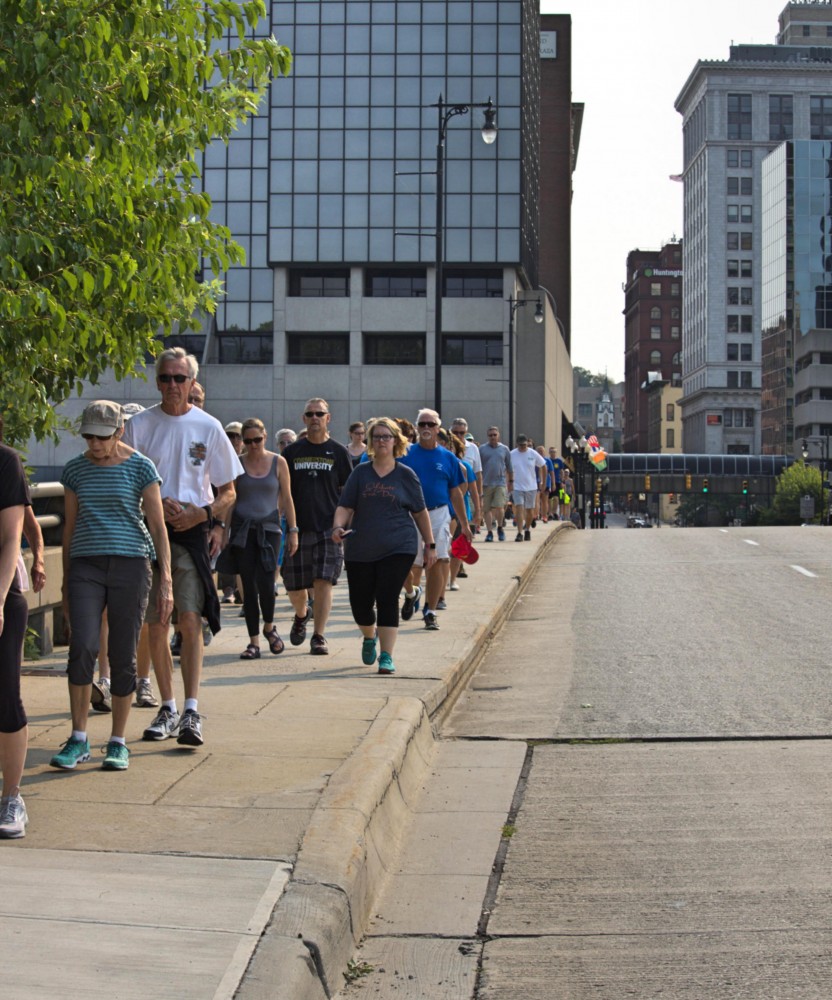 “Call it what you want, it’s Labor Day,” he said. “She’s a union buster; she does not belong here.”

Barbara Holt, chairperson of The Rapid’s Board of Trustees, declined to be interviewed but offered a prepared statement.

“We do not believe these agitators represent the sentiments of the majority of local ATU members,” the statement reads.

The board asserts that the union leadership has withheld information about a tentative agreement from its membership and will only let those current in their dues vote to approve it.

“Unfortunately, union leadership failed to act in good faith, and a few individuals were given the power to deny wage increases and relief from rising health care costs to the vast majority of The Rapid employees,” Holt said in the statement.

DeShane is a bus operator with The Rapid and drives the route 50 bus between GVSU’s Allendale and Pew campuses often.

“We enjoy driving you guys around, especially on Saturdays,” he said of GVSU students.

Anna Verheek of Plainfield Township has done the Bridge Walk every year they’ve had it, and she was happy to see it return this year after its one-year hiatus but didn’t know what the people were protesting about.

“I thought it was terrible they drowned the mayor out when she was trying to talk,” she said.

Tom, who withheld his last name, was a 2015 graduate of GVSU in biomedical science.

“It’s a little annoying, but they have a right to protest,” he said.