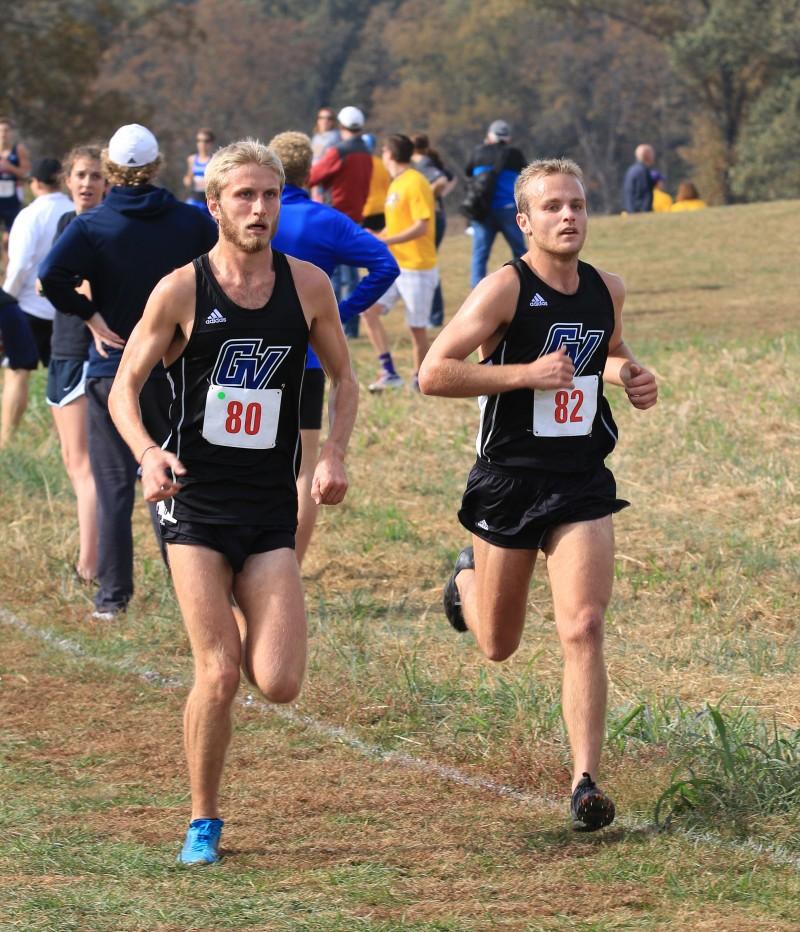 When looking at the goals of the men’s and women’s cross-country teams at Grand Valley State, championships are front and center.

As cross-country season approaches, chasing championships is what they seem poised to do. Each of the previous five academic years, both the men’s and women’s running programs at GVSU have finished the year ranked first or second nationally among Division II schools.

Leading the way for the Lakers on the men’s team are senior Zach Panning and sophomore Enael Woldemicael who were GVSU’s top two finishers at nationals a year ago. Panning finished second overall posting a time of 30:52 and Woldemicael finished with a time of 31:07, placing sixth.

“Zach has been great his whole career and Enael in his first year of eligibility was outstanding in all three seasons,” said Jerry Baltes, head coach of the men’s and women’s cross-country and track programs at GVSU. “We hope they can pick right back off from where they were last year and once again be high finishers like they were at the NCAA championships.”

After having five runners earn All-American honors one year prior, Baltes expects a couple of returning runners and a few fresh faces to step up and fill the void left by departed All-Americans Wuoi Mach, Brady Selner and Abe Visser.

“We have Josh Steible coming back for his fourth year of eligibility,” Baltes said. ”We also have Jacob Domagalski, who I think is another upperclassman who can step up and fill the shoes of those who have departed.”

According to Baltes, the men’s team also features two up-and-coming redshirt freshmen who are ready to make an instant impact.

“We have two young guys, Tanner Chada and Noah Steffen,” Baltes said. “I feel they are both young, but can be contributors on a high level for us in their first years of eligibility.”

Having finished second nationally one year ago, the GVSU men’s team hopes these veteran runners, with a few new additions, can deliver a 17th consecutive GLIAC conference and NCAA regional title along with another run at a national championship.

“We definitely want to win one,” Panning said. “That’s been on our radar since I’ve gotten here and that’s been one of my biggest goals,”

On top of the trio of Berger, Ludge and Patterson, GVSU also returns four all-Midwest region runners in Megan Caltagirone, Stacey Metzger, Hannah Groeber and Madison Goen – the 2017 GLIAC Freshman of the Year.

“Allie and Gina are in a really good spot this year, we feel they can both be top 15 ladies at the NCAA championships,” Baltes said. “We have a great crew of returners where anyone of the six or seven returners can step in and fill some shoes.”

When asked about going from last season to this season, Patterson feels her squad is primed for a great year.

“Talent-wise, I think we were in good shape to go out and compete for a national championship [last year], but I think it was a blessing in disguise because it’s motivated us a lot to come out and compete,” Patterson said. “You know, it’s exciting to us and I think our biggest barrier is overcoming ourselves and if we can do that I think it’ll be a great year for us.”

This year, the GVSU women’s team hopes to use their depth and motivation from last years results to chase after their 18th consecutive conference and regional title along with another national championship.

“We get good people in our program that are selfless and they are willing to put the goals of the team above their own personal goals,” Baltes said. “They sacrifice a little bit of notoriety individually to make sure the team is in a position to be successful.”

Both the GVSU cross-country teams travel to East Lansing on Friday, Sept. 14 as they both will compete in the Spartan Invitational. The races start at 11:40 a.m.