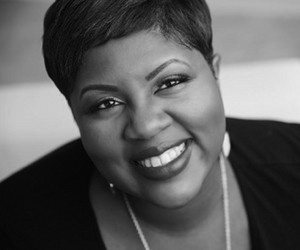 Many people have heard about the “glass ceiling,” the metaphor that symbolizes the invisible barrier that prevents many women from being hired to higher-level jobs because of their gender. But underneath the glass ceiling is another unknown barrier that hinders women of color specifically, a room with “Invisible Walls, Ceilings and Floors.”

Roughly 120 women of color in Kent and Ottawa counties were surveyed by Grand Valley State University alumnae Shannon Cohen and Patricia VerDuin over the past year for a study that examined women of color in leadership positions and the difficulties they faced in the work force.

The women, ages 30 to 60, came from diverse backgrounds, positions, income levels and race. Fifty percent of the women surveyed came from the nonprofit sector, 25 percent from for-profit, 10 percent from government and 12 percent from miscellaneous. They were asked about how they came into their current positions and why they pursued their careers.

Despite the gaping demographics, VerDuin said “none of that made a difference” in their answers for the survey.

“These women are Latina, African-American, Native American, Asian, (and) they have many things in common in the experiences that they’ve had about trying to figure out how to navigate their careers,” VerDuin said.

VerDuin said the women they interviewed were very strong, and the bar they set for themselves was quite high. Yet, when it came to talking about the difficulties they faced, many of them struggled with answering.

One woman who was surveyed shared a racist experience she encountered while applying for a job.

“(There) was an incident where an individual applied for a position, and the person interviewing her indicated that, although she was credentialed and had high experience, they felt that the people they served were not ready to see a ‘brown face’ on their newsletter,” VerDuin said.

VerDuin said she was appalled after hearing that story, but what stuck with her was not what the interviewer had said but the persistence the woman had to pursue jobs elsewhere.

“The strength that comes from facing these kinds of experiences and continuing to move forward is just awe-inspiring,” VerDuin said.

Cohen and VerDuin said they were inspired to take on this study because of their own experiences. VerDuin said she is a Mexican with a very light complexion and could “pass” in the workforce. She said she was specifically told, being a baby boomer, not to tell anyone she was Mexican because “doors would close.”

“I experienced a great deal of privilege hiding the fact that I was Mexican,” VerDuin said. “And it’s this late in my life that I’ve embraced who I am. With the rest of the life that I have, I will be an advocate for women.”

Kylie McKay is a graduate student at GVSU who served as a research assistant to Cohen and VerDuin for the study. She said she was interested in the topic and surprised by what came out of the study.

“I knew there was going to be a level of discomfort and pain for everyone going into this,” McKay said. “It was surprising hearing these women’s stories and hearing what they’ve gone through.”

Most of the data gathered during the study was qualitative instead of quantitative, which, with the help of Calvin College, VerDuin and Cohen were able to coalesce into a paper. Their findings will be presented at GVSU Thursday, March 2, in the Kirkhof Center Grand River Room from noon to 1:30 p.m. and again Thursday, March 16, in the DeVos Center Loosemore Auditorium from 6 p.m. to 7:30 p.m.

VerDuin said after she and Cohen present the study, she would like to see a change in the number of women of color in leadership positions to better exemplify the demographics they serve.