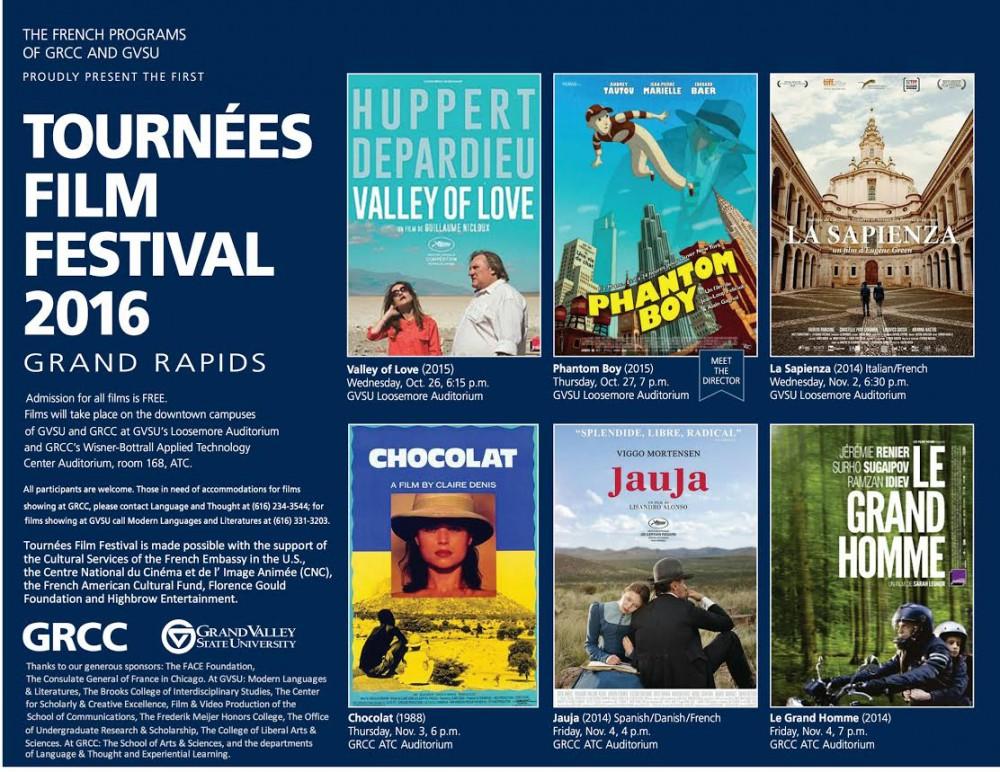 Film viewings will be held at GVSU at the Loosemore Auditorium on the Pew Campus and at GRCC’s Applied Technology Center Auditorium.

“It’s a very collaborative event, so everyone in the French department is involved in some way,” GVSU French professor Dan Golembeski said. “Even people in the Spanish and Italian departments, too. When choosing the films, we wanted to really bring sort of a sample of contemporary French movies. A lot of French films bring you into a complex situation and as the film goes on, you learn how complex it is, and then it leaves you not necessarily with resolution, but with the complexity of life.”

The festival will also host a question and answer session with Academy Award nominee of the animated feature film, “Phantom Boy,” Alain Gagnol. The author and filmmaker will be discussing his journey in filmmaking and answer any questions about his film or filmmaking in general.

“We’d like to see this film festival as a door to studying other cultures, whether you study languages or just take an interest,” Golembeski said, “I know in Grand Rapids, a lot of students are interested in creating their own films, so this is an amazing opportunity for them to come and get different ideas within filmmaking and meet someone who’s done it himself.”

The festival is free to the public and provides parking at both GVSU and GRCC. There will be English subtitles on all of the films. Along with films, the GVSU French club will be holding their annual “Melodies” event, which involves French poetry and music, Wednesday, Nov. 9 at the Cook-DeWitt Center.

“I think that getting exposure to other cultures is beneficial because you see that people think differently, but you also see similarities. I think that’s really important today, for students and the community, there’s connections and big differences, and hoping to bridge the big differences and bring cultures together,” Golembeski said. “Come, bring a friend, just have fun. Some of the films, people will be encouraged to have dinner or coffee afterward to discuss the event, so it’s going to be a fun, social event.”