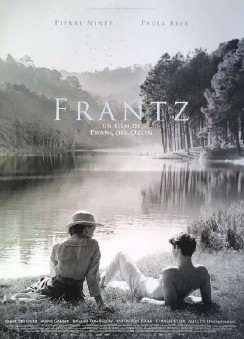 This French-American Cultural Exchange Foundation program, which brings French cinema to American college and university campuses, is open to the public, and admission for all events is free.

A total of six film screenings will be held in Grand Rapids at the DeVos Center Loosemore Auditorium and at GRCC’s Applied Technology Center (ATC) Auditorium.

The festival will feature French movies ranging from dramas to animated films, including five contemporary films and one classic film. The viewings will be in French, French/German and French/Arabic with English subtitles for viewers who do not speak those languages.

“This is an international film festival,” said GVSU French professor Dan Golembeski. “It’s a way of bringing to students and general public ideas and themes that you wouldn’t likely encounter in an American film. We want people to see that other countries are dealing with issues that are in the United States as well.”

For the festival, the movies were chosen for their variety. The films will touch on topics such as culture, redemption, honesty, immigration and war. Event officials said the diverse collection would appeal to the audience while also educating the community.

Furthermore, Golembeski explained how French films also have cinematic differences from American movies because they usually have a slower pace with minimal resolution.

“You’re forced to reflect, and that’s one of the things I like about foreign films,” said Hillery Haney, a French professor at GRCC. “Sometimes, they’re not created with a certain formula in mind. In fact, they’re often very creative.”

To promote conversation about the foreign films beyond personal reflection, there will be discussion sections before and after the viewings. At the start of each movie, there will be a quick presentation addressing elements of the film, including background and themes.

Golembeski and Haney also hope to inspire discussions following the film. There will be two back-to back features at GRCC’s downtown campus because there is a restaurant in the building where the movies will be broadcast.

“In between the films, we will get the opportunity to have a beverage and have something to eat as we talk about the films and keep the discussion going,” Golembeski said. “We also hope it will promote discussion in our classes.”

At the moment, the event is completely funded through the Tournées Film Festival grant.

Moving forward, the goal is for the film festival to become an annual, self-sustaining endeavor that provides a global experience and sense of community for participants.

“It’s a great way to bring French into our community to promote culture, language and tap into the interests of a variety of disciplines,” Haney said.