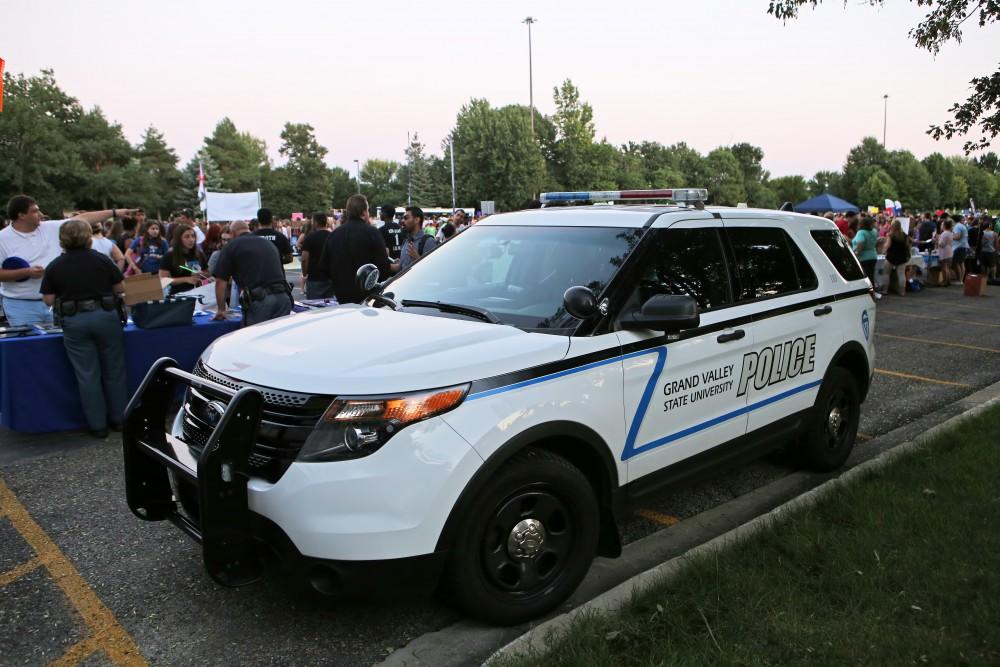 Notifications of robberies, weapons and sexual assault are not things traditionally associated with Grand Valley State University. As of late, students have become alarmed about these on-campus threats leaving the question to be asked, “Is the crime rate rising at GVSU, or are there simply more instances being reported?”

Though it is hard to compare the number of crimes last year to the number reported this year due to previous unreported crimes, it seems as though students and community members are taking responsibility for crimes on campus and reporting information to police.

“Our community is reporting incidents and we applaud them for that and hope that they continue to report any and all incidents to police for investigation,” said Captain Brandon DeHaan of the Grand Valley Police Department.

Email warnings are sent out to students as soon as possible following reported incidents to police, DeHaan said. Often, these emails are prompted when suspects have not yet been identified so that students are aware of the threat and can bring forth any information that they may have on the situation at hand.

“These crimes are violent in nature, and the police have a duty to find who is responsible and hold them accountable,” DeHaan said.

Many other universities across the nation utilize “blue safety lights” on their campuses that, when a button is pressed, send a message to campus safety personnel.

GVSU’s police department has been in on and off talks with Student Senate over the past 25 years regarding this matter. From these talks, they have come to the conclusion that, when in danger, students don’t run toward these lights but rather, run away from the problem. Additionally, it has been determined that almost all students have some type of communication device on them at all times through which communication is quicker and more effective.

GVSU also offers a “SafeWalk” program and a phone application called “Rave Guardian” for student safety. With the SafeWalk program, officers accompany students to on-campus locations when needed. With the phone application, students can enter in their walking path to GPS and alert police at the press of a button of an emergency situation. With these electronic and physical protection programs, GVPD hopes that students feel safe traveling on campus.

“Police are following up on all cases reported at this time,” DeHaan said. “We are looking for contributions from the community with any tips.”

On Oct. 15, a GVSU employee reported seeing a man with a weapon near the Eberhard Center on GVSU’s Pew Campus. The Grand Rapids Police Department arrested an individual the morning following the report of the weapon sighting. Breaking city ordinance, the subject had a BB gun on his person, and he admitted that he was on GVSU’s campus with the weapon.

Reported on Oct. 8, campus police are looking for community tips on the robbery reported at 9:30 p.m. on South Campus Drive near the Performing Arts Center. The incident is still under investigation, no subject has been identified as of this time.