Wake Up Weekend cooks off for animal rights 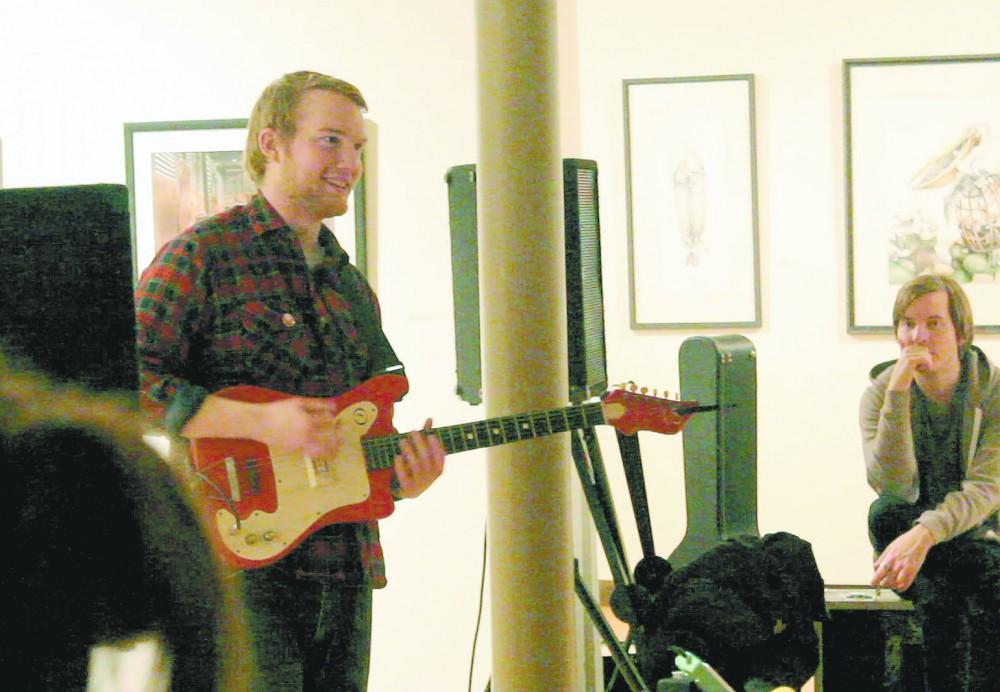 At first glance the sixth-annual Wake Up Weekend Chili Cook-Off looked like a muffin-tasting contest, but the masses of muffin tins were only a creative way to hold and assess 13 types of homemade chili at the event, which was followed by a set performed by local up-and-comer Sam Cook-Parrot, of Radiator Hospital.

“I think it’s common for non-vegans to think that food free of animal ingredients ‘tastes like cardboard,’” said Emily Helmus, a contestant. “A vegan cook-off is a great way to bring together people with all ways of eating to experience delicious food. Everyone leaves in high spirits with full bellies.”

Emily Helmus was in particularly high spirits after she won the most innovative chili award for her Ethiopian spice chili. She went home with a basket of treats from the Alternative Baking Company.

“My secret ingredient was the blend of spices that were added to the chili, called berbere,” Helmus said. “Of those spices, I’d say the secret one is cardamom, my favorite.”

After vegan chili filled everyone’s bellies, Sam Cook-Parrot filled their ears with a solo act that felt more like an art exhibit than a concert. He played in the front window of a gallery, and passers-by looked equally confused and intrigued.

Cook-Parrot is part of a four-piece band called Radiator Hospital, named after the auto shop; their music has aired on 88.1 WYCE. He is a left-hander who plays the guitar right-handed, which may contribute to his punchy riffs.

He draws comparison to “Hi, How Are You?” musician Daniel Johnston’s voice and simple, honest style. He even releases his work on cassette tapes as Johnston did.

“It costs too much to put out vinyl yourself,” Cook-Parrot said. “And cassette tapes already have that cheap aesthetic to them.”

Cook-Parrot was center stage, but he was all about the Wake Up Weekend cause. Between songs Cook-Parrot reminded the audience what the night was about, a veal calf named Moose.

Proceeds from the event provide food, shelter and medical care for Moose, who was saved after he fell off the back of a slaughter truck.

Spadacene flew in from Washington D.C. to attend Wake Up Weekend.

“Wake Up Weekend is meant to wake people up from the mainstream mentality of institutionalized violence,” she said.

“Music is one language of communication,” she said. “It’s a language that can speak to every background.”

Spadacene credits the music at the event as pivotal to attract a younger audience to vegan awareness events.

“If you haven’t ‘woken up’ yet, keep learning,” Helmus said. “If something you do, whether it’s the way you eat or the way you treat people, feels instinctively wrong, find out why and change.”