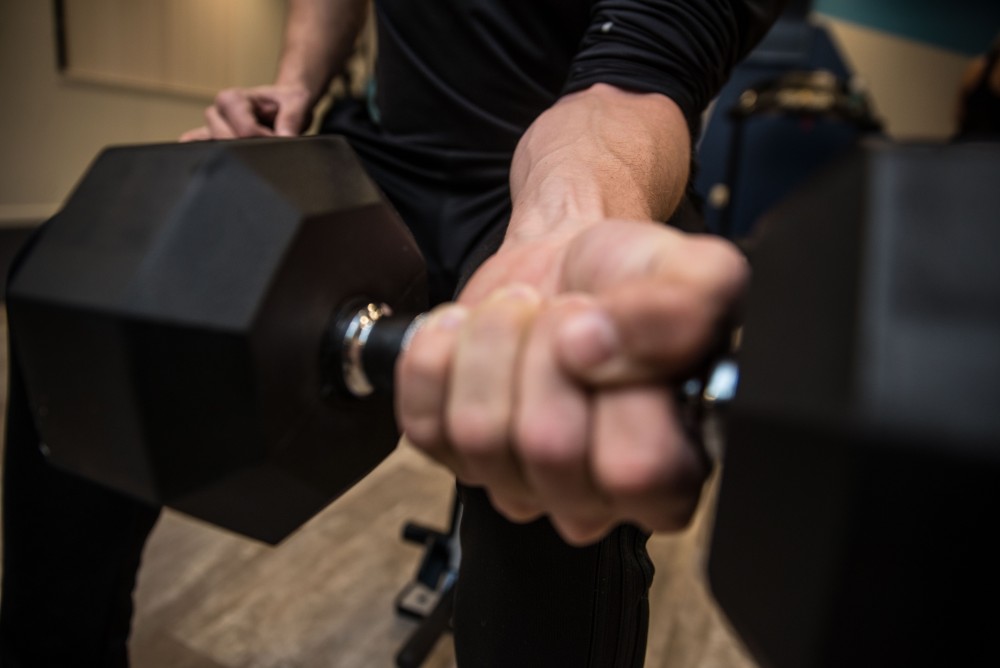 From August to October this year, the Grand Valley State University recreation center is reporting over 30,000 more visits to the center compared to the previous year. These visits come after the recreation center finished its first phase of construction at the end of August, which added more equipment and space for weight training, weight machines and free weights. About 50,000 square feet was added to the recreation center, which doubles its former size.

Whitney Marsh, assistant director of athletic and recreational facilities, said the changes to the center are the primary factor in the increasing visits, which are spread out among students, faculty, staff and community members.

“This really is the biggest change that we’ve done to increase the amount of participation,” Marsh said.

She said the center is receiving fewer complaints about size and equipment, and she feels more people are enjoying the recreation center.

Marsh said the free weight area and the weight room are the most popular aspects of the recreation center. She said before the expansion, students formed lines in the center in order to get a turn with the weights. She said many students would leave frustrated without getting a chance to try the weights. Now, while the areas are still busy, she said the experiences have been improved by the expansions.

Marsh said the center is prepared for the increasing amount of visits. She said the center increased its student staffing over the summer to help with the newer areas added by the expansions.

The second phase of construction on the recreation center, which added basketball and volleyball courts, as well as a third multi-activity court, was completed Monday, Nov. 28 – over a month ahead of schedule. Marsh said she is satisfied with the latest expansion and hopes for more expansions in the future.

“It’s such an easy and smooth process,” Marsh said. “The construction company has been awesome, the project managers have been awesome, just working with everybody to make sure (the project) gets done.”

Marsh said many areas which needed attention in the recreation center were expanded on, but there are still many areas she said she will “continue to fight for.” She said the center needs more racquetball courts, mat/wrestling rooms, basketball and volleyball courts, locker room space and additional multipurpose spaces.

“As of right now, this facility has one dance studio for 25,000 students,” Marsh said. “That’s not enough. So we would want multi-purpose spaces to help with those areas.”

She said if the center was given more funding, those areas could be helped.

“If we were given another $20 million, then that’s exactly what it would go to,” Marsh said.