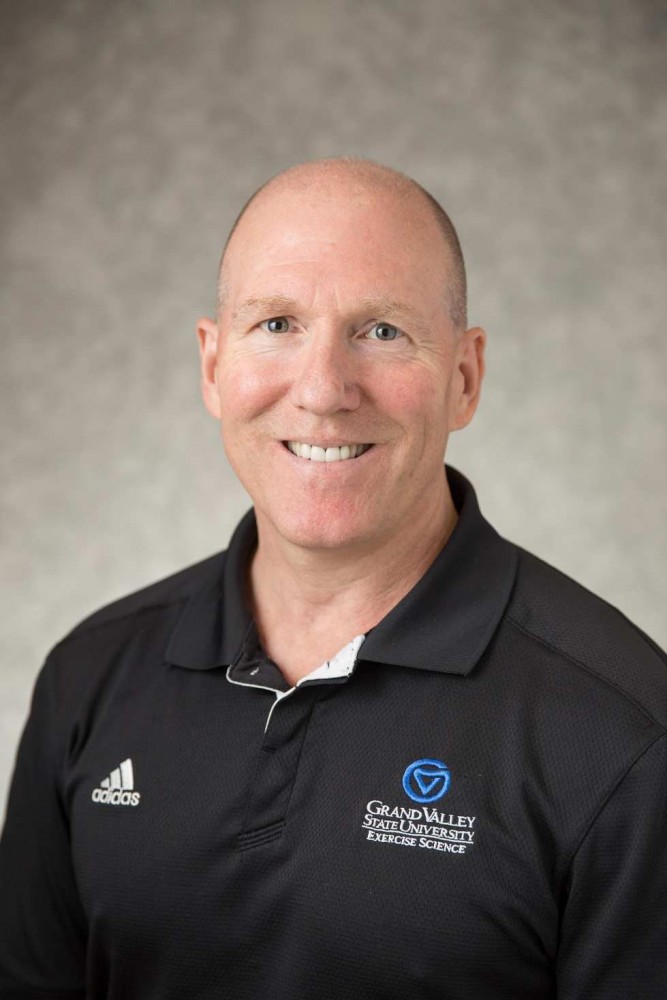 Stephen Glass just wants to help students in any way he can. In his new position as acting vice provost for student affairs and dean of students at Grand Valley State University, he’s excited to help students succeed.

After the sudden leave of Eileen Sullivan, vice provost for student affairs and dean of students, Glass was asked to step into the position, which he did not hesitate to do.

In his position, Glass will oversee student affairs and conduct.

The following year, Glass became the associate dean for the Brooks College of Interdisciplinary Studies. When the dean retired in 2013, Glass went back to teach exercise science.

“Exercise science had grown so large; I wanted to help the department, help the program grow more,” Glass said. “In the last four years up to now, I’ve been trying to align with the university’s idea of high-impact practices. Those are the types of practices that really have a substantial impact on the students’ learning experience. It might be study abroad, it could be service learning—there’s a variety of different things. But relative to my department, research is a high-impact practice, so I try to get as many students involved in research as possible.”

Glass said he would have 20 students a year helping with research and still has some projects going on. Because of his specialization in cardiac rehabilitation, Glass also created a new class for the program called cardiopulmonary rehab.

The acting dean said he didn’t always know what he wanted to do.

“My first major was geology,” Glass said. “I wasn’t having the best semester, and I wasn’t as interested as I thought I was. At the same time, I had joined a student organization—I joined the martial arts club—and I was really getting into it.”

Glass enjoyed the mental and physical training of the practice and changed his major to corporate and community fitness before the exercise science program existed.

“It was really a student club and the engagement in that club that sort of brought out my passion for exercise physiology,” said Glass, who is now a big proponent of students getting involved on campus beyond their classes.

“I think the value of the Student Life (office) is sometimes missed,” Glass said. “They don’t realize it could really change their life, either people they meet or an area of interest.”

Even the busiest of students can find time to get involved in some way, said Glass, who did martial arts only a couple nights a week in college.

Besides working at the university, Glass and his wife practice ballroom dancing. Just like with martial arts in college, Glass became hooked on the dancing and now practices weekly, in addition to coaching the GVSU Ballroom Dance Club. Glass also has two kids, Evan and Nikole.

“Dr. Glass has a strong administrative background, having served as interim dean and associate dean in the Brooks College of Interdisciplinary Studies, as well as chair of the department of liberal studies,” Cimitile said. “Dr. Glass attended the Harvard management leadership development program and has received a Pew Teaching Excellence Award. When asked to step into the leadership role in the Dean of Students Office for a limited time while we conduct a national search, Dr. Glass graciously agreed.”

The Office of the Provost plans to conduct a search to fill the vice provost for student affairs and dean of students position permanently.