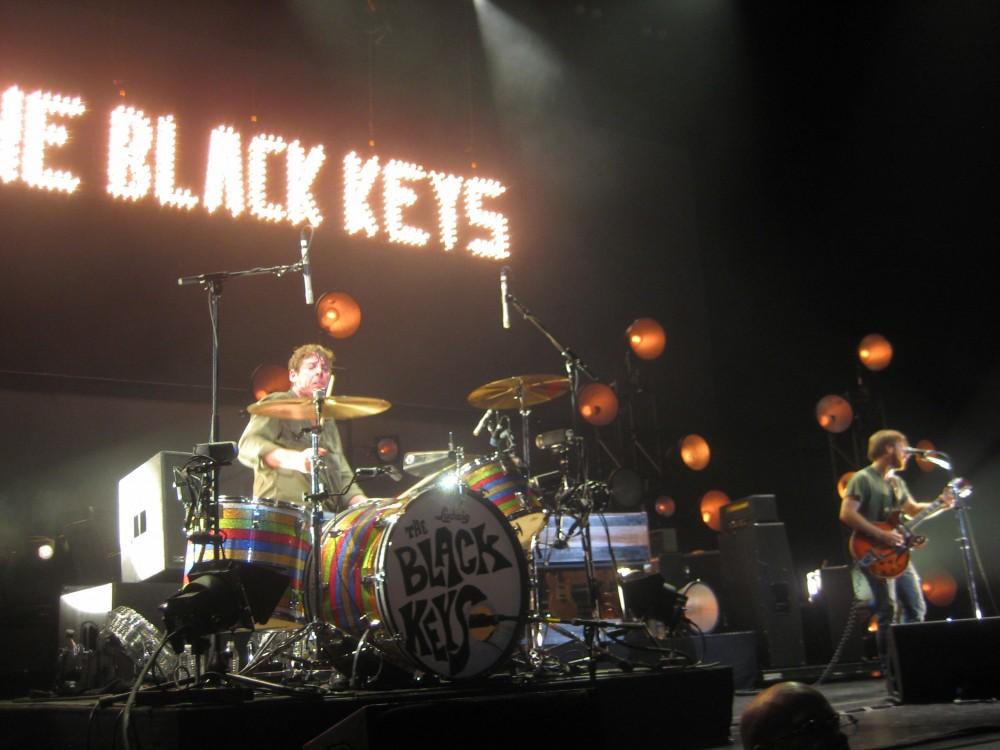 The Black Keys are big, enough to leave only spots of empty chairs and big enough to follow the Arctic Monkeys.

The Arctic Monkeys took the stage at 8 p.m., and front man Alex Turner came out in true rock god fashion, right index finger pointed to the back of the stadium.

They were a nice preamble to The Black Keys, if not a little exhausting. The Arctic Monkeys are high-energy guitar solo couplings and an irreverent Turner seeking to turn an audience into a mob.

To the Mohawk-ed Monkeys fans, the set was a dream, but to the parents sharing their floor space, it was a favourite worst nightmare. Some brought their cherubs a little too close to center stage and received the brunt of interspersed, light moshing.

The Black Keys have a different energy than The Arctic Monkeys; they’re more soulful, bluesy.

Save their last couple albums, The Black Keys have been a duo: Patrick Carney on drums and Dan Auerbach on guitar and crooning vocals. This was a large part of their appeal.

Their sound was as full as any four-piece, but a two-toed sloth could count them on one hand.
But after ten years The Black Keys made it big, and now they have production value.

They’re accompanied on stage by back-up musicians, and the long-term Black Keys fans are hyper aware of this.

But the background players were just that. The show was always about Carney and Auerbach. The Black Keys cashed the check, but they kept their soul.

They played some new stuff, bringing the floor crowd to a frenzy with “Lonely Boy” and “Gold on the Ceiling,” but they also tapped into their seven-album discography with “Your Touch” and “Strange Times,” both crowd pleasers.

Their three-song encore began with the lowering of a disco ball the size of the boulder from Temple of Doom,. It set the stage for the disco-infused, Auerbach falsetto “Everlasting Light”. Then they played two more, putting the total at 21 songs on the night.

The set was not a particularly long one, around two hours, but The Black Keys satisfied.

They’re old pros now, with an expansive catalogue and our attention.