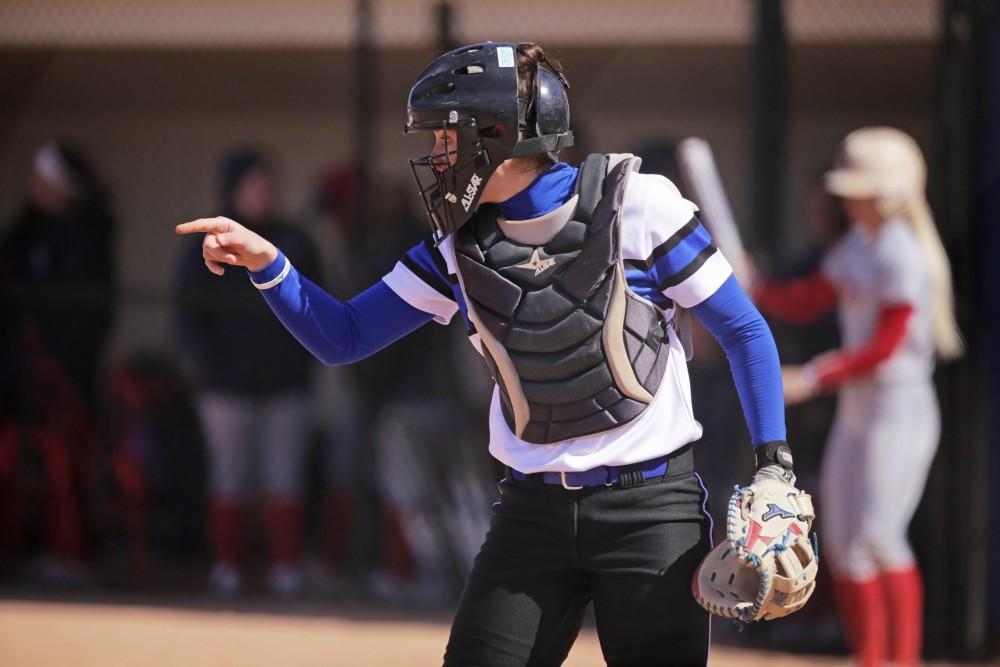 Bittersweet: Despite their season ending earlier than expected, the 2018 Grand Valley State softball squad had quite the season.

“Every time you go out there, you want to be a little nervous, have a little bit of butterflies in your stomach and get the juices flowing,” once said former University of Arizona All-American softball player and two-time Women’s College World Series winner Taryne Mowatt.

Grand Valley State softball felt the nerves and got over their butterflies on Friday, Feb. 22 as they split two games played in the Lewis Dome Tournament against Lindenwood and No. 15 Winona State.

The Lakers lost their first game of the season to Lindenwood 5-4 as five errors by GVSU in the field led to three unearned runs, which ultimately cost them the game. However, the Lakers turned it around in the nightcap and earned a 1-0 victory behind a dominant pitching performance from senior Allison Lipovsky and a clutch hit from sophomore outfielder Brooke Henning.

GVSU head softball coach Dana Callihan said that Henning has improved a lot and has focused on becoming more aggressive at the plate, which allowed her to drive in the game winning run on a line drive single in the bottom of the eighth inning against Winona State.

“Brooke got a lot of playing time last year as a freshman. She started off slow hitting but really came on strong toward the end of the season,” Callihan said. “She has really improved in the outfield and she is not afraid to be aggressive. Efforts like that resonate with the rest of the team.”

Moving forward, GVSU looks to get on a roll and maintain the same level of success they had a year ago where they went 44-9 with a 24-2 conference record that earned them a regular season GLIAC conference championship.

“Every year is a bit different, we have a strong pitching staff just like we did last year,” Callihan said. “That helps us win games no doubt. We also have pretty good team speed this year and that’s going to be fun to have.”

All around, Callihan said she is excited to coach this team and see where the year takes them. She believes it is just a matter of putting all of the puzzle pieces together to get this squad rolling for GVSU. Lipovsky and Henning will play major roles in putting together that puzzle.

Lipovsky earned a record of 22-5 with a 0.81 earned run average, while striking out 309 batters in 191 innings pitched for the Lakers. Henning hit .320 which was good for the fourth best batting average on the team a year ago.

Despite a vast majority of the team’s leading contributors returning from last year’s squad, they want to avoid placing expectations and work on building the ball club to the best of their abilities.

“We try not to think about expectations, that’s for everyone else to speculate,” Callihan said. “We want to focus on just getting better every day and playing our best. We have quite a few new faces, so we are just looking to play our best as a team.”