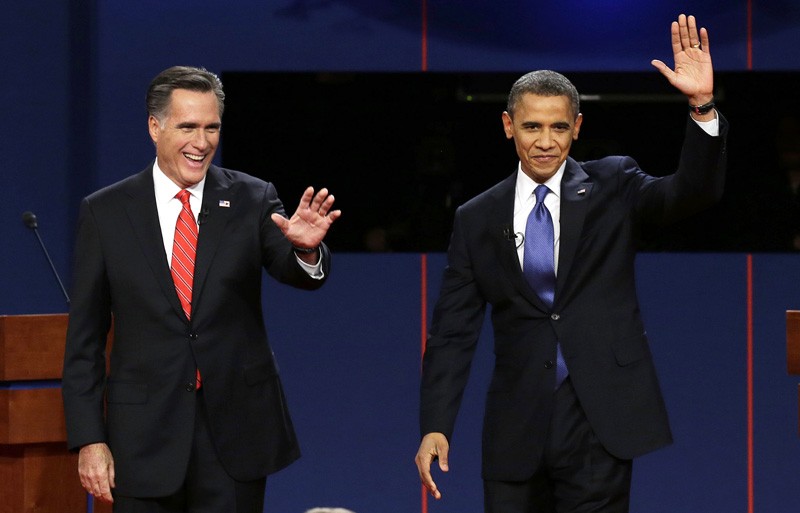 JOBS – Supports moving overseas jobs back to the U.S. His “Bring Jobs Back Home Act” offered a 20 percent tax break for American companies who move back to the states. He also supports increasing American manufacturing and construction jobs, decreasing dependence on foreign oil to increase domestic jobs, and expanding the number of American math and science teachers.

HEALTH CARE – Supports insuring and providing health care to more Americans with the Affordable Care law. His plan allows dependents to remain insured under their parents’ health care policy until the age of 26, rather than 19.

JOBS – Supports raising visa caps for skilled workers to keep domestic jobs in American hands. He also plans to continue the Bush tax cuts and drop corporate tax rates from 35 to 25 percent. His plan is to increase jobs by reforming the tax code, stimulating trade, and decreasing the economy’s energy dependence.

HEALTH CARE – Opposes and will work to repeal the Affordable Care law. He considers health care plans not in the realm of national power and favors state-level health care laws. However, he has said his plan would allow dependents under the age of 26 to remain on their parents’ health care policy.

EDUCATION – Supports offering students school of choice and providing them only qualified teachers. For college students, he argues for less government financial aid and more private lenders to get involved, which he said will discourage colleges from increasing tuition rates. He intends to restrict eligibility for Pell Grants to provide for only the students who need it the most.