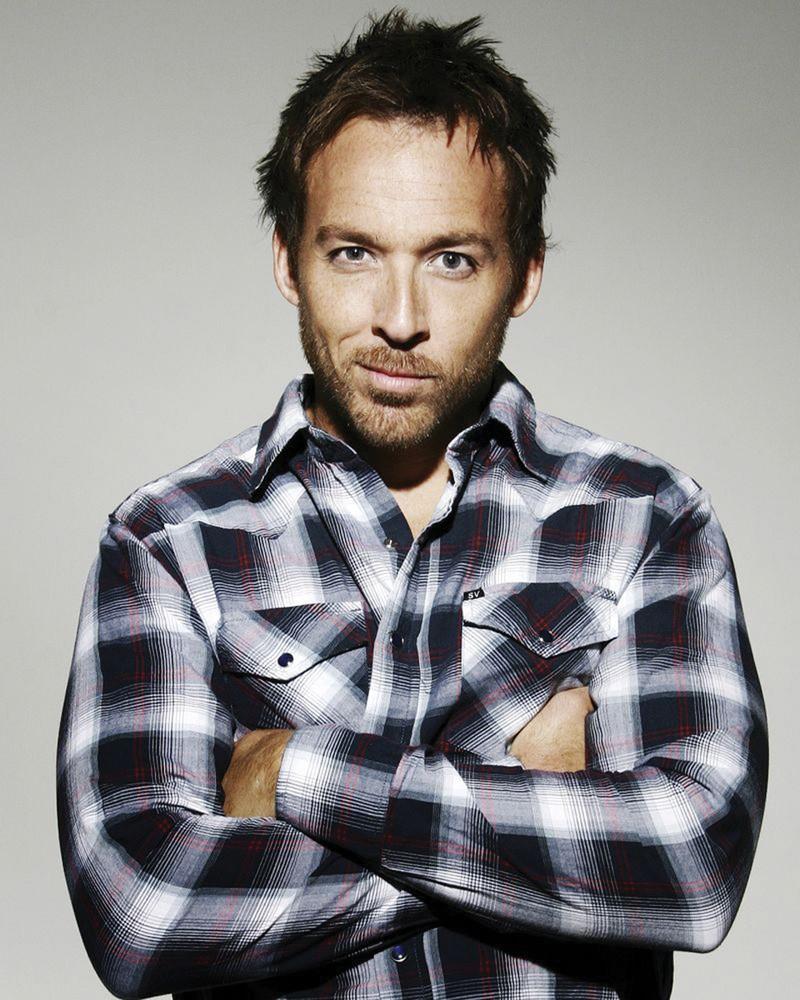 There was a three-year time period when comedian Eddie Ifft tried to be serious – but luckily for the comedy world, it didn’t work out.

“It just was ugly,” Ifft said. “I had a girlfriend and she like made me. It was awful.”

The 38-year-old has been spreading his caustic-style jokes around the world for years and has been featured on shows such as NBC’s “Last Comic Standing” and ABC’s “Comics Unleashed.” He’s sold out headlining shows across the U.S., Australia and several other countries.

“I was one of the first guys to kind of travel all over the world,” Ifft said. “I still do a little bit, like I’ve got Australia coming up soon and I’m going to South Africa and the UK in a little bit. Kinda fun.”

He travels because he doesn’t like to play the same places over and over again.

“It’s the same reason you eat dinner at different restaurants, you know, you get bored. America’s a great place, but it gets boring and I like to see other cultures, to see other people and it’s nice to make other people laugh and share my comedy with other people around the world,” Ifft said. “And there’s also all those hot ladies in other countries.”

He was only joking, though. Ifft has a girlfriend and said they’re talking about a wedding, sometime in the future. He said his “large muscles” are probably her favorite part of him.

“I don’t think it’s my sense of humor – that makes her mad,” Ifft said.

That sarcastic, think-first sense of humor, which he uses during his stand-up routines, can get him in trouble with audiences. But it’s all just a joke, he said.

College audiences usually don’t get as offended, but he wants to warn Grand Valley State University students before his Nov. 15 show that he will be the “the funniest comedian in Grand Valley that night,” and to not get offended.

“Remember they’re all jokes,” he said.

But even when people are offended, it doesn’t really bother him.

“It’s a joke, it’s never purposeful or, you know, I’m not talking seriously,” he said. “I’m talking in a joking manner. It’s like when you watch South Park, it’s a comedy. You can’t get upset about South Park.”

Those jokes, along with help from fellow comedian Jim Jefferies and guests such as Andy Dick, Bob Saget and TJ Miller, has kept their podcast, Talkin’ Shit within the Top 10 comedy podcasts on iTunes for weeks at a time.

A podcast that he said is “very, very scary” to make.

“You never know what’s going to happen,” he said. “Next week we’re doing the Great American Challenge, where we have to eat a whole pizza, drink a 30-pack of beer, smoke two grams of marijuana… and then one person has to streak around the block and then it’s a race – and so this all goes on in my house.”

Crazy challenges and uncensored jokes make up most of the podcasts, but comedy is all Ifft can do.

His comedy career started with an open mic night in New York City after attending the University of Pittsburgh.

“I just went down and did an open mic one night and found out I could get paid to talk about all the things that I’d get fired, or get in trouble for, or arrested, or whatever, and I was like, ‘This is easy – I just act like an idiot and get paid for it.’”

And finally one night, his comedic dream realization hit him.

“When I was leaving my apartment in New York and I had five shows that night – in New York I do a lot of shows – and I was very single, and there were a lot of women in my life and I was like, ‘Ah, you know, I’m single, I can do whatever I want to do, I’ve got fun shows all over New York City tonight, no boss, no one to tell me what to do, makin’ lots of money,’” he said. “And I was just like, ‘This is the greatest life in the entire world.”
[email protected]