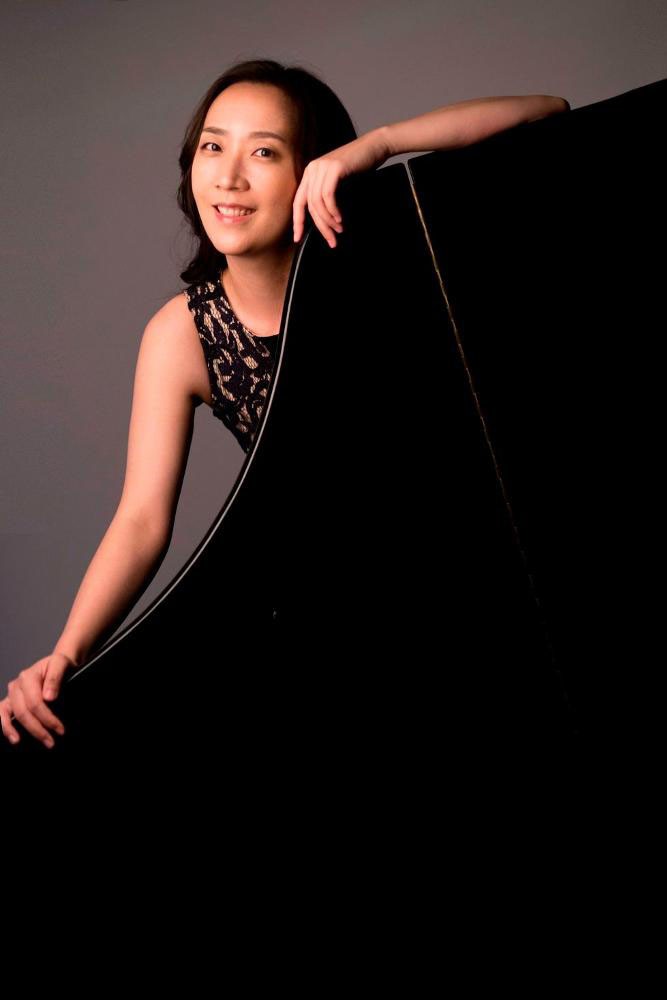 Kim’s bio on GVSU’s website states that she “[made] her debut at the age of twelve as a soloist with the Korean Symphony Orchestra, and has since performed all over the world with renowned vocalists and instrumentalists.”

The recital itself was organized by Assistant Professor of Piano Sookkyung Cho, and is one of two to three piano focused solo-performances that Cho said she tries to organize per year.

Reflecting upon Kim’s soloist piano performance on Monday, Cho said that she was thrilled to see Kim’s level of skill.

“[Kim’s] technique was immaculate,” Cho said. “The Liszt pieces are especially very challenging, and her playing was flawless and effortless.”

Cho said that it’s important to host these guest recitals to provide students with opportunities to hear professional playing. She also said that she tries to get at least two or four guest piano players a year to create many of these opportunities because recitals are few and far between in the area.

Cho said there’s a distinct reason that she enjoys planning and organizing these performances: she loves giving students the opportunity to attend these performances, to be inspired and to see a performance that might move them to learn some of the pieces that are performed.

These recitals are extremely beneficial to the students, said Cho. She said they inspire the students to get excited about these piano performances and loves how they express their eagerness and excitement to learn some of the pieces that Kim preformed themselves. She also expressed her own excitement for Kim’s performance.

“Students are inspired by these concerts,” Cho said. “For example, several of my students told me how much they enjoyed Kim’s recital, and now they want to play the pieces she played.”

Cho said that when asked about why students should take the time to see these musical performances, she encourages them just to try one for themselves.

Cho also emphasized that these recitals showcase the hard work the performers put into their pieces, as well as “the beauty of the classical pieces.” She said that the students are sure to be amazed at what they hear, if they attend another recital.

“Expand your horizons and try out new things,” Cho said. “Grab a friend and come to a concert.”