Preview: An Anchor-Bone Classic unlike any other 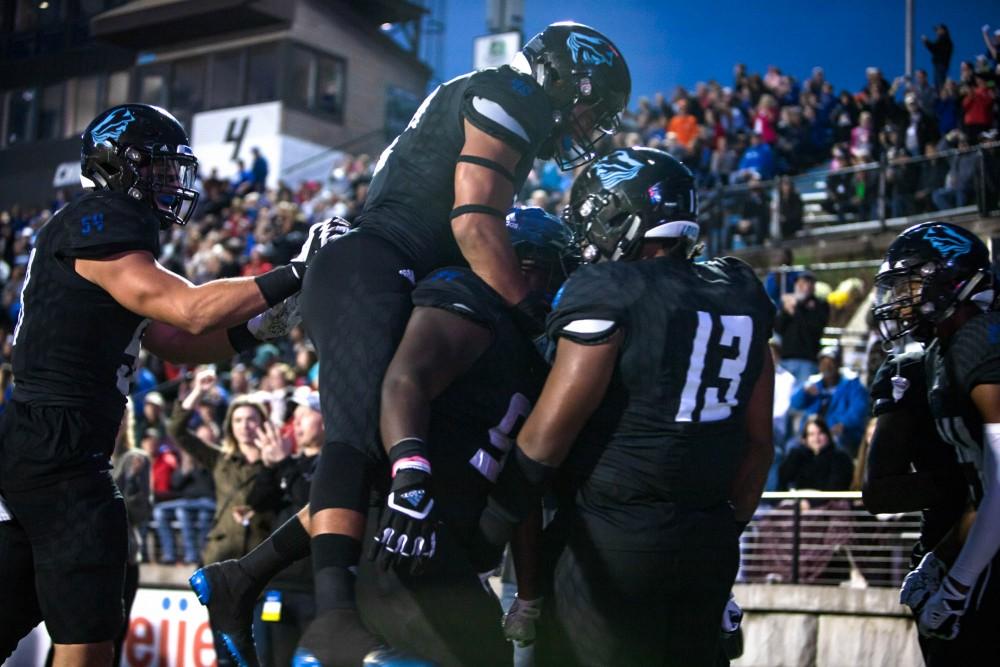 Every year in college football, there are big games. Ranked teams duking it out for bragging rights. Rivals meeting up for their annual battle. Conference leaders squaring off to gain regional supremacy.

“There’s so much at stake with this game. It has conference championship implications,” said head coach Matt Mitchell. “It has home field playoff implications. It has the Anchor-Bone trophy associated. It has two rival institutions that are not too far apart that are arch-rivals in terms of a lot of athletic departments. When you start stacking all this stuff up, the magnitude of this game, there’s a lot. We really hope we can get a lot of people out and get that home-field advantage that we’ve had.”

Home field advantage is something the Lakers have thoroughly enjoyed in recent years, losing only twice in Allendale since the 2015 season – both of which were to the Bulldogs (61-24 in 2015, 47-32 in the 2016 playoffs).

After beating the Lakers by a single point in Big Rapids last season, the Bulldogs come into Saturday’s matchup bearing a handful of fresh faces, most notably at quarterback with the addition of transfer Jayru Campbell – a former Michigan State football commit.

While Campbell may be dynamic and, at times, explosive, he has yet to face off with GVSU or battle a defense as capable as the one the Lakers will bring on Saturday as no teams on their schedule are over .500 as of the end of week six.

On the other side of the coin is Bart Williams, who will be making his sixth career Anchor-Bone Classic start. He, too, has produced strong numbers in 2018 and he knows that while his defense has to game plan for Campbell, the Bulldogs have to prepare for him and his arsenal of offensive weapons.

“They have a really good scheme and some really good players,” Williams said. “It might come down to, sometimes, one-on-one matchups; our guy versus their guy in the run game, in the pass game. Every week we try to find ways to get some guys open, but with how talented they are and the scheme that they run, it might be a little tougher this week than other weeks but, again, I think we’re up for the challenge. It’s going to be a lot of fun like it is every time we play them.”

Lakers-Bulldogs is scheduled to kick off at 7 p.m. from Lubbers Stadium on Saturday, Oct. 13. The game will stream on ESPN3.com and can be heard on ESPN Radio 96.1.