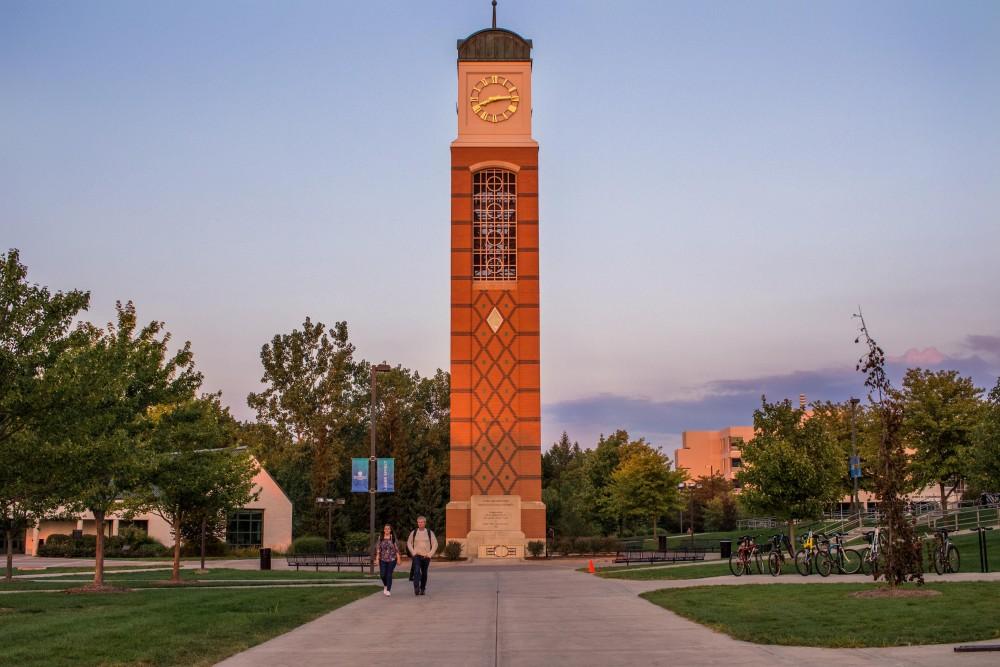 The renovation of the Cook Carillon Tower on Grand Valley State University’s Allendale Campus has been successfully completed, including the finishing touches on the surrounding landscape.

The renovation was done within a $500,000 budget, which didn’t require approval from GVSU’s Board of Trustees. The work was completed by Pioneer Construction, with Burggrabe Masonry doing the masonry.

“I ran the summer series right through all the construction, and they were very helpful with getting me in and out of the tower,” said Julianne Vanden Wyngaard, pianist and resident carillonist at GVSU. The concert series ended Sunday, Aug. 20.

The masonry issue started with moisture and the cold Michigan winters interacting with the masonry. The tower, built in 1994, was originally designed after a Dutch tradition. 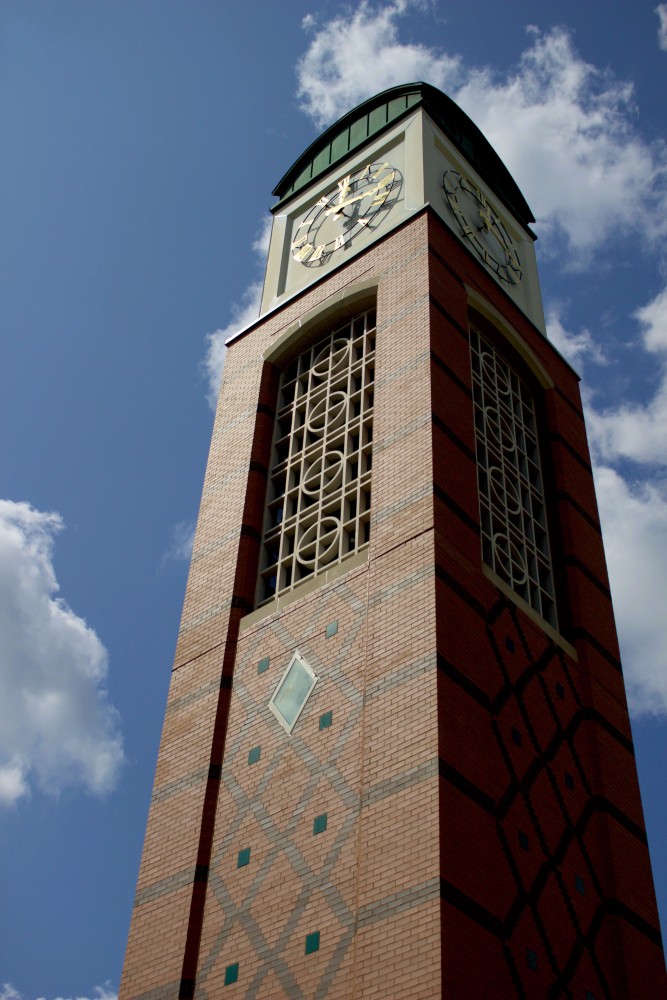 However, with carillon bells waiting to be played from a room inside, a cold tower during Michigan winters wasn’t satisfactory.

“We had to have heat immediately,” Vanden Wyngaard said. “If you’re going to sit there and play the instrument, you really need to be comfortable.”

To solve this issue, a radiator was installed to facilitate year-round play, but the addition of heat caused the deterioration of the tower’s brick over the next 20 years in a process called “spalling” by masons.

“We had faces of brick coming off the tower,” Moyer said.

However, the connection between a radiator inside the tower and brick on the very outside of the tower takes experts to explain.

“All masonry materials are meant to breathe,” said Grace Smith, historic preservation consultant for Designsmiths, who specializes in old masonry. “When it’s baked in the oven, the outer shell of brick gets this natural crispy coating.”

That coating is important because it is more difficult for moisture to penetrate than the rest of the brick and the interior walls of the tower, which are made of concrete block.

“When you put heat inside, moisture that’s borne by the heat now begins to migrate to the exterior,” Moyer said. “When it gets to the exterior of the tower, it freezes just behind the face of the brick.”

Even small amounts of water in the brick is a problem if it freezes.

“If that keeps happening, that crispy coating will pop off,” Smith said.

Other than replacing nearly all the exterior brick on the tower, two changes were made to keep this spalling from happening again.

“If you go into the tower now, the interior face of the concrete block has been sealed so that the moisture doesn’t migrate through the interior block to the brick,” Moyer said.

In addition, a layer of insulation with a vapor-barrier backing was placed between the concrete block and brick, which is typically done in heated towers, according to Smith.

“That, we have been told, will solve the problem,” said Matt McLogan, vice president for university relations at GVSU, who also debunked any rumors of a tilt developing in the tower.

“I don’t believe that’s true,” he said. “Had it been, we would’ve found it necessary to do foundation work and not just cosmetic work.” 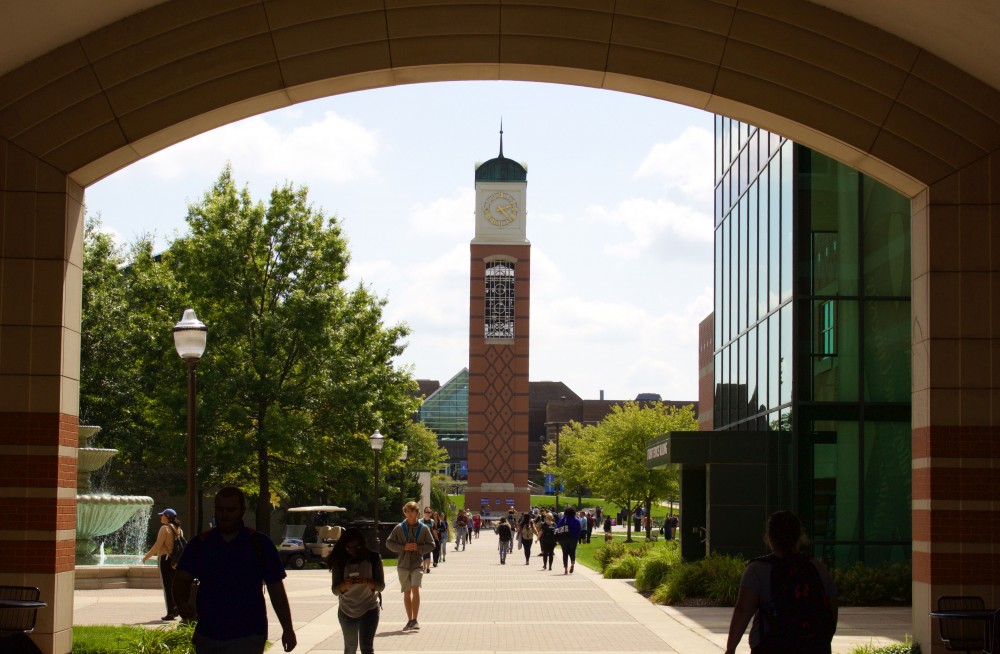