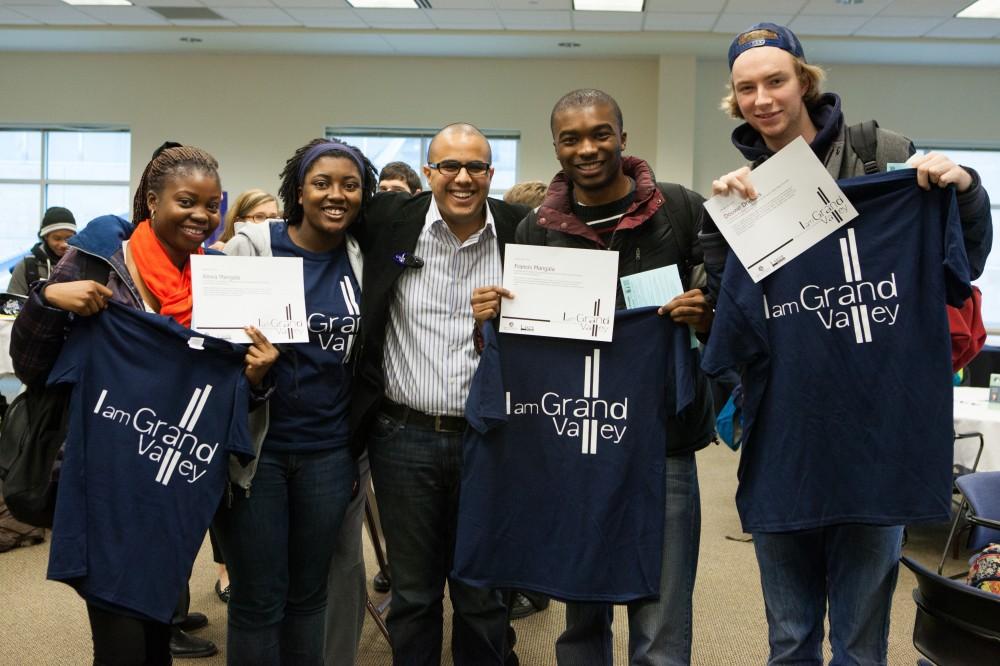 Sometimes good deeds and hard work go unnoticed, but at Grand Valley State University, there’s a program in place to help recognize student leaders on campus for their accomplishments. Run out of the Office of Student Life, the “I am Grand Valley” award series aims to celebrate and acknowledge student leadership on campus.

Started in 2003, “I am Grand Valley” offers an annual opportunity for staff, faculty and other students to nominate students who they feel demonstrate characteristics of an “outstanding student leader.”

“Maybe it’s an RA, maybe it’s a student leader in an organization,” said Amber Gerrits, leadership staff assistant. “Someone you just see as an emerging leader or a really outstanding leader.”

The form to nominate students is on OrgSync, where those nominating are asked to write a two to three sentence description of why the person they’re nominating deserves to be nominated. Gerrits said all nominations are valid, as long as there is some sort of description given.

Gerrits said the message of the program is to recognize outstanding student leaders and to push other people to be active in the nominating process. She also said it is to help empower underclassmen to be better leaders.

“It is sort of a big deal for underclassmen to get this because it does show that someone does recognize them, and maybe that will empower them to go and do other awesome things,” Gerrits said.

Gerrits said it helps students to be more proud of what they’ve done on campus.

“This was sort of created with the mindset that there’s so many different types of leaders on campus, and we’re all Grand Valley,” Gerrits said. “It’s just to recognize and feel proud of what you’ve done on campus, just saying ‘I am Grand Valley and I’ve made a difference and someone’s recognized me.’”