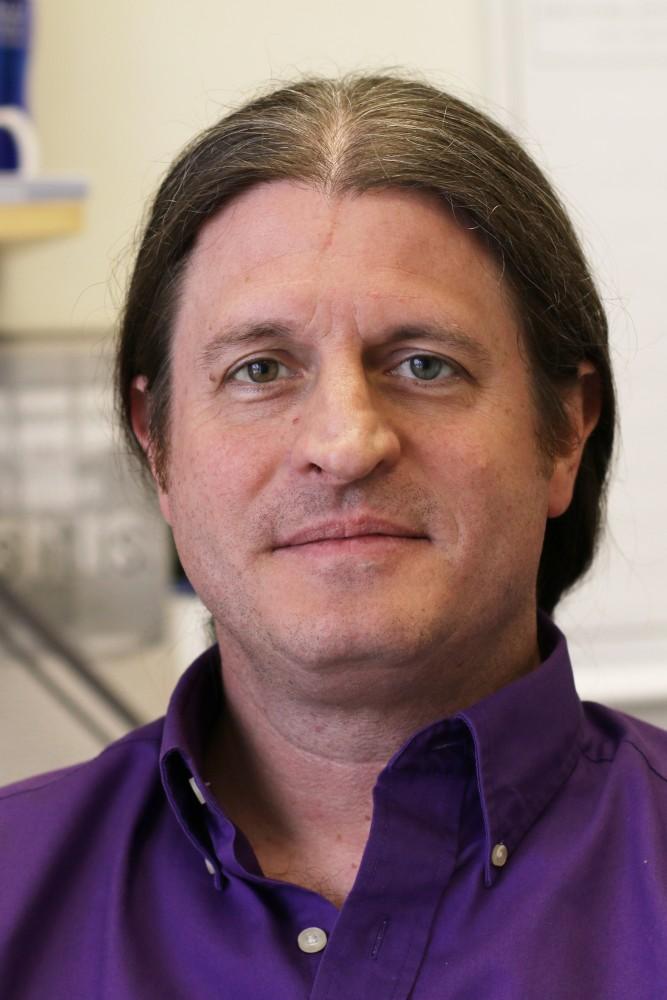 A Grand Valley State University professor is helping to facilitate discussions among people of different backgrounds through the power of YouTube and video blogging.

Corey Anton, professor of communication studies at GVSU, began uploading video blogs (vlogs) of himself onto YouTube a little more than eight years ago. Since then, his channel has amassed more than 14,000 subscribers and 1.46 million views.

Although he originally created the channel to promote media ecology and book culture, Anton has spent much of his time online participating in debates between atheist and theist schools of thought. Anton said he isn’t for one side or the other, and instead aims to take more of a middle-ground position.

“I entered that (YouTube) community and have tried to soften some of the rougher edges and mellow out some of the harsher tones of YouTube,” Anton said. “I mostly have been interested in helping people with different backgrounds and from different disciplines and traditions learn how to engage in dialogue, especially if they are dogmatically committed to a position. I have tried to locate and open up a space between dogmatic forms of theism and atheism.”

Anton’s channel rose in popularity in 2011 after he uploaded a response vlog to the viral short documentary “Athene’s Theory of Everything.” Created in part by YouTube gamer “AtheneWins,” the 46-minute video attempts to create a theory that merges both the physical and conscious world.

Anton said the documentary warranted a response video as it provided a space for discussion somewhere between religion and science.

“I’m interested in the middle ground,” he said. “I’m less interested in questions about a creator god, the afterlife, or whether there’s divine intervention. Instead, I want to ask questions like, ‘is the universe itself intelligent, and are we symptoms of that intelligence?’”

Since it was uploaded in 2011, Anton’s response vlog has gained more than 85,000 hits, and was even promoted by the creators of the original documentary.

Despite the mostly positive response to his vlog, Anton said YouTube can still be a difficult place to create civil conversation.

“I think there are still many possibilities for meaningful discussion on YouTube, but it’s a window that’s sort of diminishing,” he said. “There’s so much trolling on there, you need to have a tolerance for hostile comments, people saying rude things out of the blue — it’s a hard place to be.”

Lance Strate, a professor of communication and media studies at Fordham University, has worked on Anton’s YouTube channel on multiple occasions. Although YouTube can oftentimes be a negative environment, Strate said Anton’s channel is an impressive body of work that benefits the public as a whole.

“Social media such as YouTube have enabled academics to offer educational experiences beyond the confines of the classroom and the university, and this represents an enormous service to the public,” Strate said. “Professor Anton’s extensive efforts in reaching out through his videos are an inspiration to all of us in the media ecology community, the field of communication, and the academic sector writ large.”