An ambassador to the arts 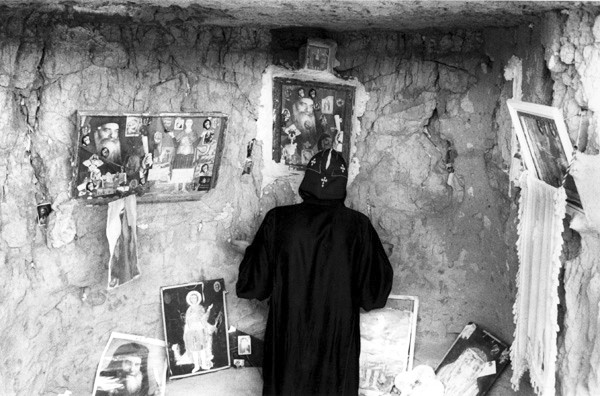 “Celts, Copts, and Abyssinians: Photographs by Michael McClellan” will go on display Monday in the Red Wall Gallery of Lake Ontario Hall on Grand Valley State University’s Allendale Campus. The gallery is free and open to the public.

The gallery is a collection of photos from across the globe, a result of a professional traveler’s eye for the non-mundane. Photographer and U.S. ambassador Michael McClellan joined the U.S. Foreign Service in 1984 and has performed State Department work in Egypt, Russia, Kosovo, Yemen, Ireland, Germany and Ethiopia. He is currently posted in Baghdad.

This is not McClellan’s first GVSU exhibition; years ago, he was in Ann Arbor, Mich., on his way to Australia when his down-under photo gallery was cancelled. McClellan’s plan B involved his Michigan contact and GVSU’s director of galleries, Henry Matthews.

Matthews expressed an interest in artistic collaboration on behalf of GVSU, and McClellan took the tour.

“I was just so impressed with the university itself and the way the art is integrated throughout campus,” McClellan said.

Thanks to Matthews’ relationship with the photographer/diplomat, part of McClellan’s work is now a permanent fixture of GVSU’s art collection.

“I thought it would be really nice if I could leave some of these photographs for students to look at over the years,” McClellan said.

Though a career that involves being a spokesperson for the U.S. embassy may pale a pursuit of the aesthetic in comparison, McClellan’s art form could hardly be called a hobby. He received his Masters in photojournalism from Syracuse University and published the book “Monasticism in Egypt: Images and Words of the Desert Fathers” through the American University in Cairo Press.

“He’s traveled all over the world, and that’s given him access to the subjects of the photos,” Matthews said.

McClellan’s access to the world’s corners gives him a unique perspective on imagery, Matthews said. His camera allows him to share the perks of a mobile life with a stationary Allendale, an unlikely location for a U.S. ambassador to frequent, but a place for which McClellan holds a fond recollection.