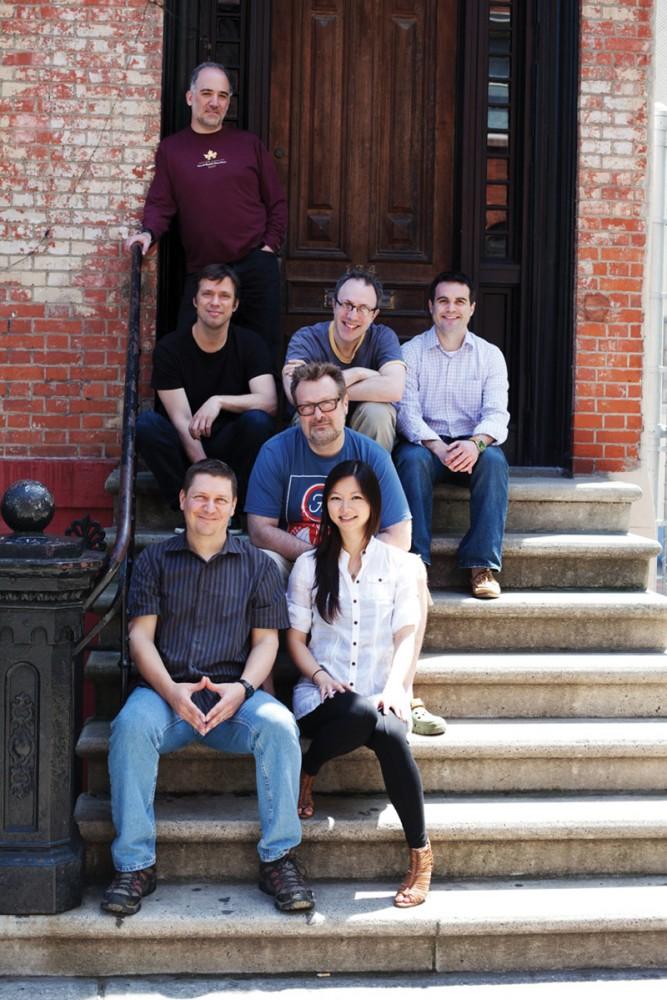 Leave all the evening wear at home Feb. 2 because Billband’s CD release concert is not the place for it.

The performance, featuring music off their newest album, “Towards Daybreak,” will show a more relaxed side of classical music, which rarely sees the light of day.

“I don’t like the perception of classical music being uptight or elitist,” said Bill Ryan, composer and Grand Valley State University associate professor. “(These musicians) are all super approachable people.”

Any musical project needs chemistry to be successful, and before inviting the current members to play with Billband, Ryan worked with many members.

He wrote a solo saxophone piece for Jonathan Nichol, GVSU professor of saxophone, to commission, called “Smoke.” Ashley Bathgate, cello, programmed “Simple Lines” for a concert after Ryan approached her about playing it. Pablo Mahave-Veglia, cello, worked with GVSU’s New Music Ensemble, directed by Ryan, before playing with the group.

Because of the success during previous collaborations, it was clear to Ryan that he had the right group of people to interpret his music.

“When you record you get acquainted with music in a different way than when you perform it,” Bathgate said. “By the end you know it through and through, having explored it in so many different ways together. It becomes ingrained.”

The group’s versatility is aided in being able to directly interact with the composer whose music they are bringing to life, Ryan said.

“There’s freedom from the page, a way to articulate the music,” Ryan said. “This is why I formed the group. (The musicians) play the music exactly how I imagine it can be played.”

And they’re able to cross through genres while thinking outside of the box, Nichol said.
“He lets the performers take responsibility in interpreting and executing his music,” Nichol said. “We’re asked to improvise, play funk grooves and beautifully controlled melodic lines.”

Billband keeps communication open to allow for collaboration. Working with a composer in the flesh lends to a more comprehensive understanding of the work and the composer’s expectations, Mahave-Veglia said.

“Classical musicians reproduce specific styles on paper,” Mahave-Veglia said. “While this allows room for personal interpretation, the composer’s original performance intent may be misinterpreted. Bill knows his musicians, so nothing is lost in translation. This is music meant for people (Ryan) knew to play.”

The Feb. 2 performance will be a culmination of their chemistry in a live setting, while showing spontaneity not heard on the album.

The performance will contrast that excitement by taking place in a relaxed setting. Whereas some composers prefer large recital halls to showcase their work, Ryan would rather work in an intimate, low-key setting where audience participation is possible. During the performance, members of the audience are encouraged to ask questions.

The ability to interact with band members on a more intimate level is usually a rare opportunity, but on Feb. 1, there are several events where students have the chance to get to know the musicians as people as well as performers. Several classes are available for students to attend, including a soundpainting class with Todd Reynolds, and an informal panel discussion with all of the band members, concerning what it is like to be a working musician.

The concert is a significant unveiling of what Ryan has been working on the past year.

“I am most excited to share my music with my colleagues,” Ryan said. “My wife, kids and neighbors are coming. In the flesh, I can show them my work.”

“I hope (this concert) will inspire students to form their own chamber music groups, play their own concerts and spend more time in the practice room,” Nichol said.

Finally, the concert is a chance to enjoy some new music combined with the excitement of live performance.

“It’s an all-star cast of players and a great line-up of tunes,” Bathgate said. “Everybody can feel that energy and it’s what makes live performance so special.”
[email protected]