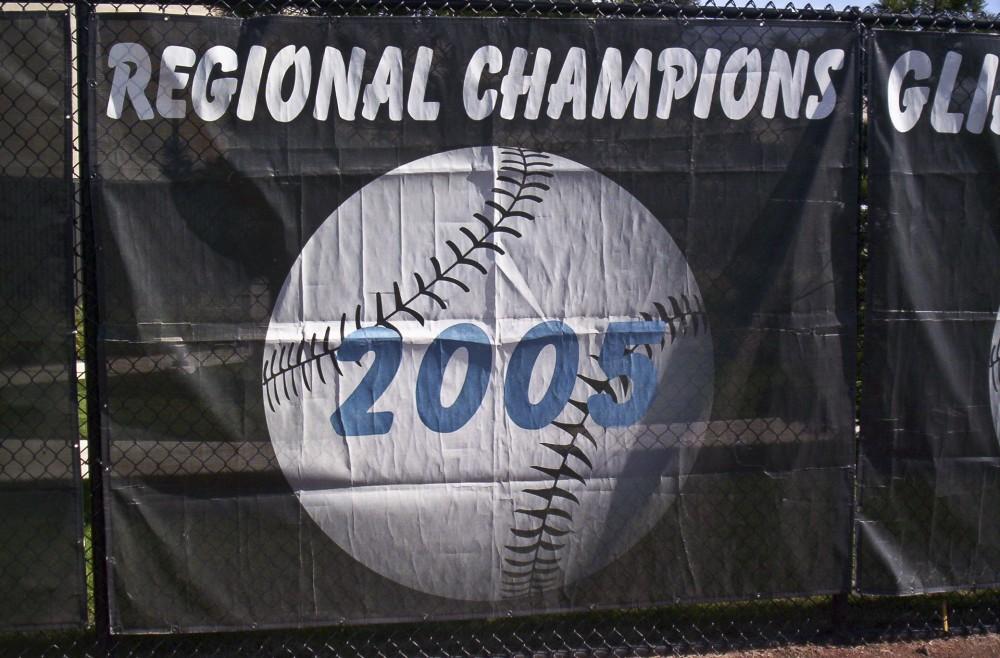 Courtesy Photo / Pictured is one of the missing baseball banners

Grand Valley State University Athletics is seeking information on the theft of three sports banners, valued at a total of $1,000 to $1,400. Athletics workers first noticed that two baseball banners and one soccer banner were missing last Sunday.

The baseball banners, valued at $400 each, are six-by-eight foot black 2009 championship banners featuring a large graphic of a baseball. The twelve-by-four foot soccer banner, costing between $200 to $400, reads “Laker Soccer.”

The most recent banner theft is just one of many over the years.

“We have had banners from this campus stolen over the past several years, and there is a cost to this,” said Capt. Brandon DeHaan, assistant director of the department of public safety. “Cost is bore by Athletics, and those are monies that could go toward other things in their programs.”