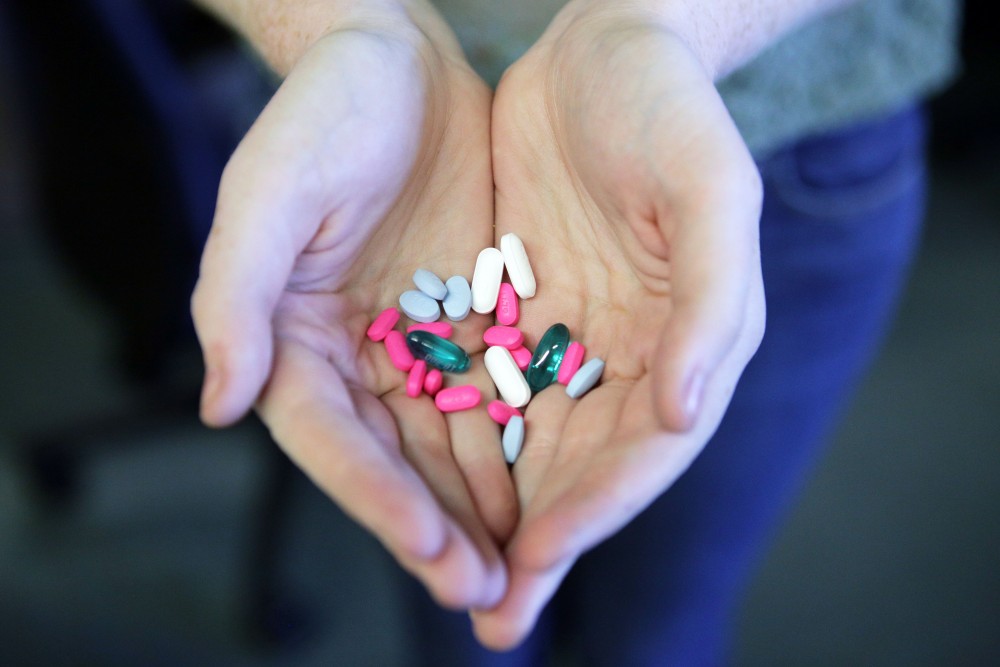 The use of opioid drugs is rising nationally, and the state of Michigan is reserving money specifically to combat the addiction.

The state received a $16.37 million grant that was awarded to the Michigan Department of Health and Human Services and will finance prevention and treatment initiatives across the state. This includes the development of a statewide awareness campaign, research, prevention services and more.

From 1999 to 2014, Michigan saw a four-fold increase in unintentional fatal drug poisonings. In 2012, the state was ranked 10th in the nation in per capita prescribing rates of opioid painkillers. Last year, Michigan Gov. Rick Snyder created the Michigan Drug and Opioid Abuse Commission. For more information on the state initiatives, visit www.michigan.gov/bhrecovery.

At Grand Valley State University, opioid addiction is not “above average.”

Freeman said GVSU students who engage in drugs or alcohol usually are using marijuana, some prescription medications or “club drugs” like LSD, Ecstasy or methamphetamine. GVPD officers do carry Narcan, a narcotic overdose treatment, and are certified medical first responders.

“Here at Grand Valley. I’m not saying it never happens, but we have not had any calls or service directly related to opioid or heroin, fentanyl,” Freeman said. “Now, across the county, that definitely is up.”

Freeman said across Ottawa County, calls for service related to heroin are up by 50 percent, and they are seeing increases in crystal meth usage. However, the numbers are not specific to Allendale Charter Township or GVSU.

“I know Allendale Fire Department has responded to some heroin overdoses,” Freeman said. “To my knowledge, we have not had any heroin overdoses involving any Grand Valley student on or off campus. I’m not saying that we think for a second that people aren’t using. We are hoping that they are being educated, that they’re not engaging in illegal drug activity.”

“We keep a lot of communication open with regard to what they are experiencing as well,” Freeman said. “So it’s not just us responding to calls for service here on campus; it’s us being very mindful and upfront about what’s trending in our communities.”

Freeman said GVPD also gives presentations on campus about the dangers of drug and alcohol activity.

“I feel as if we do work hard to get the information out there and available, and as you can see, the state of Michigan is taking this very seriously because we are seeing this as a national trend,” Freeman said.

GVSU has a no-tolerance policy toward irresponsible use of alcohol and illegal drug use, Freeman said.

“We really just want to enforce that any recreational drug use is not a good choice, and the dangers associated with it just lead to other negative things in their lives,” Freeman said.

GVSU students who are struggling with an addiction to alcohol or drugs, or who know someone who is, can find many resources available at the University Counseling Center.

“We tailor our education based on what people request,” said Bonnie Dykstra, GVSU substance abuse counselor.

Dykstra is a counselor at Alcohol and Other Drugs Campus Education Services (ACES), a program on campus that provides resources and education on alcohol and drugs, mainly marijuana, but also other prescription and hallucinogenic drugs. The program also has therapy groups, outreach programs, seminars and 12-step meetings on campus for Alcoholics Anonymous, Narcotics Anonymous and Adult Children of Alcoholics and Dysfunctional Families.

“We offer up to 10 individual sessions for counseling per academic year, free for all students,” Dykstra said. “We’re not shaming and blaming. We try to provide education, let the person make the decision. The person makes the decision for themselves, but if they also need support, recovery, we help with that.”

For students who are currently facing an addiction to drugs or alcohol, Dykstra encourages them to reach out and use their resources on campus.

“They’re not alone, and there’s a lot of help and support out there for them,” she said. “A lot of times, just taking that first step is what makes the difference to getting better, getting through this, so it doesn’t have to control your life.”