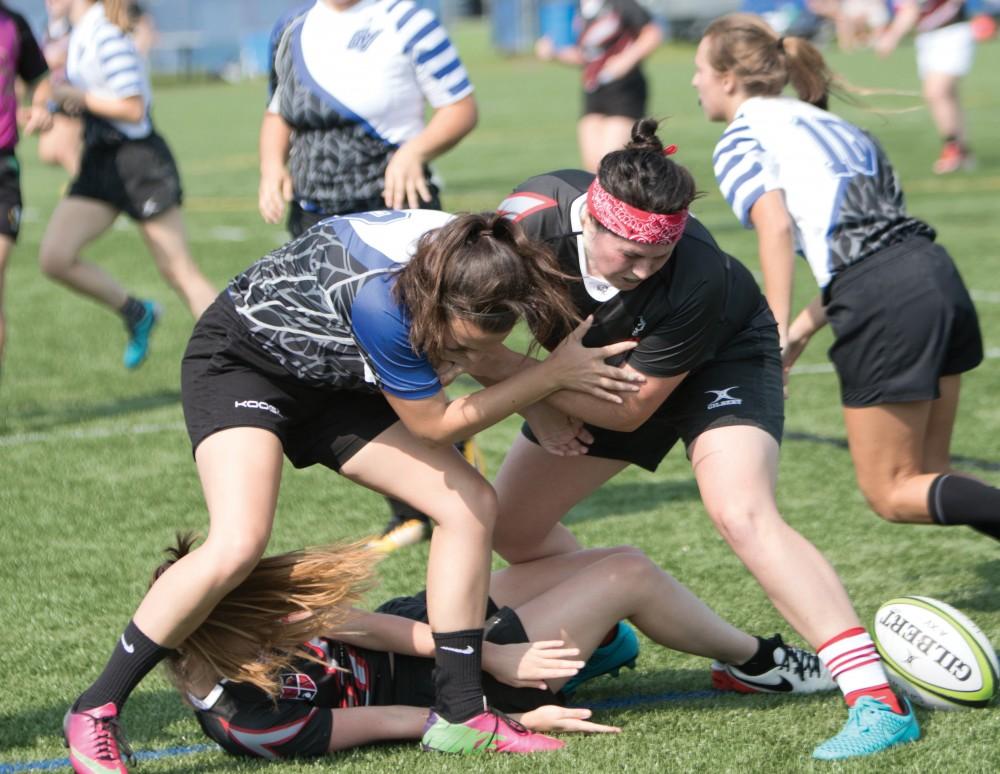 The Grand Valley State women’s rugby club team, one of the best club sports programs at GVSU, has created a promising lead to start the fall season.

Although the Lakers lost their last game on the road 33-22 against the University of Michigan Sunday, Oct. 8, the team couldn’t be upset with their play on the field.

GVSU senior Kate Counterman, who has returned for her fourth year with the Lakers, values the opportunities created by the team to strengthen the chances of winning future games.

“We came out hard this weekend against U of M and had our best game of the season,” Counterman said. “It was our first game that we were in sync together as a team and gave everyone a huge morale boost that we desperately needed.”

However, this is not going to be an easy journey for the Lakers. Head coach Abe Cohen, who is in his fourth year working as head coach, knows firsthand the amount of work these ladies contribute to ensuring a successful start.

“I feel like they are practicing really hard, they listen, they ask great questions,” Cohen said. “They watch film, they want to improve and they want to improve every day at practice. Honestly, there is definitely some great leadership on the team, too, and it helps. They’re more mature than a year ago. They’ve grown as a group.”

GVSU women’s rugby made it a focus to recruit new talent this season. There are currently 33 members on the team, pushing each Laker to fight to secure a spot on the field. Even still, the Lakers are more focused on growing as a team.

“There are more rookies on the team this year, so there more players competing for spots,” Cohen said. “They’re pushing each other at practice. They’re really pushing each other every time they get playing time. It’s so valuable to them to produce and to do well, to improve.”

Even though the Lakers are working with a herd of first-year players, the veteran players are pushed on the team to hold leadership roles.

The Lakers hold a 2-1 record and hope to stay on the right path as they prepare for the next match up against Bowling Green State.

“Our game against Bowling Green will be our hardest game of the season,” Counterman said. “It’s my hope that we can carry on that high from U of M and play hard and together against Bowling Green. We have a little bit of a break to rest and recover before the big game, so we should be in good shape for the 21st.”

Coach Cohen is excited for the Lakers’ next game and is especially looking forward to seeing GVSU fans supporting the women’s rugby team and showing their Laker pride in the stands.

“We want some people in the stands,” Cohen said. “It should be a really good game.”