‘March for Our Lives’ proves youth have been underestimated 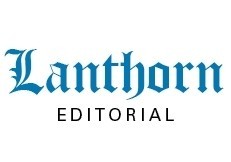 In response to February’s horrific mass shooting in Parkland, Florida, activists across the U.S. held marches Saturday, March 24, to stand in solidarity with victims of gun violence and demand gun-control reform.

Remarkably, Grand Rapid’s student-run version of the national “March for Our Lives” attracted thousands of participants. In fact, organizers estimated that more than 4,000 individuals showed up to take part in the rallies and march through the streets of the city.

This type of turnout served as a blunt contradiction to the image of teenage uselessness painted by politicians and others who have outspokenly doubted the power of today’s youth to participate so actively and effectively in the political sphere. The six high school students leading the march on Saturday—yes, six high school students—were holding local and national legislators’ feet to the fire with their enormous, well-organized demonstration.

A common sentiment expressed at the march was that “this time feels different.” And at the march, it really did. This time, demonstrators assured each other, we are at the cusp of significant changes.

What makes this time different? The general consensus is that the unique perspective and involvement of Generation Z, the fuel behind the “March for Our Lives” movement, are enough to pressure politicians to produce new legislation. For several reasons, this seems accurate.

Combine these elements with the fact that this generation was raised in the era of first-world mass shootings, and you have a recipe for a throng of fed-up, invigorated adolescents who won’t take no for an answer.

The timing of the horrendous Parkland shooting and subsequent marches could prove to be vital for these young activists as well. All of these events have occurred during an election year, so if Saturday’s marchers can keep the flames burning for a few more months, surely the polls will be inundated with fed-up voters who will force certain local and national leaders out of office.

A lot of high school students participating in the “March for Our Lives” movement will also be old enough to vote in November, and they have been reinvigorating their parents, teachers and friends to join them. It would be surprising if low voter turnout, especially among young people, continued to be an issue this fall.

By the end of the march on Saturday, participants had made their message loud and clear: “Enough is enough.” The youth of Generation Z believe they are the ones who will finally accomplish what others have been pushing for years, including the enactment of stricter gun-control laws they believe will cure the country’s mass-shooting epidemic. As long as they can keep their momentum going through November and beyond, there seems no reason why they shouldn’t be able to bring about the change they are demanding.