“A Light in the Dark” 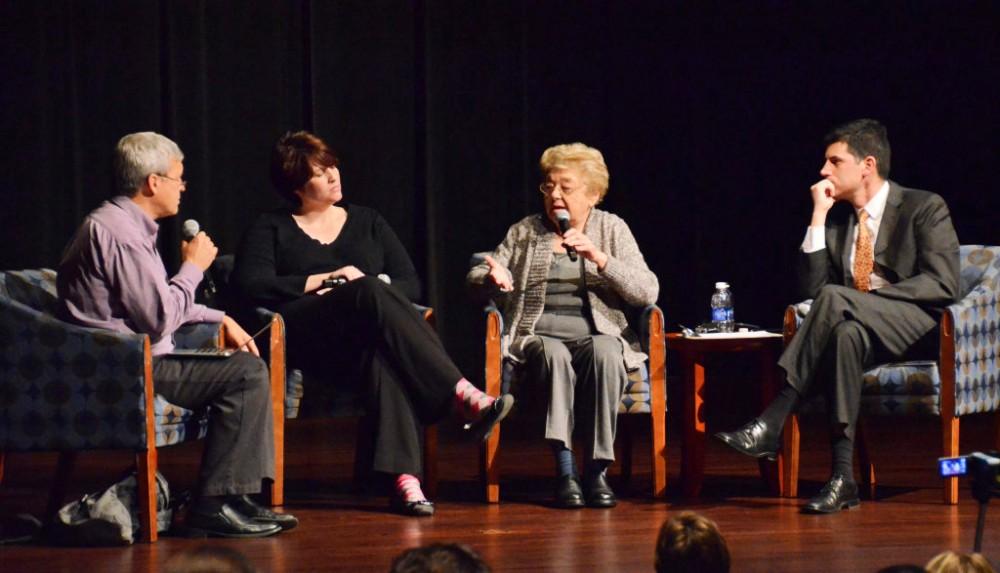 It’s tradition in Jewish culture to light a candle on the day of someone’s death. They use a specific kind of candle, the Yahrzeit (or memorial) candle, which burns for 24 hours straight. Every year on Holocaust Memorial Day, candles are lit to honor those killed in the Holocaust and serve as a reminder of the victims’ spirits and the light they carried within them through life.

Magda Brown, 90, has lit many such candles, but none yet have been lit for her.

She is a Holocaust survivor of Auschwitz who will be coming to Grand Valley State University Wednesday, March 15, to share her life story from childhood to liberation. She will be speaking in the Kirkhof Center Grand River Room at 7 p.m.

The event, “A Light in the Dark: A Survivor’s Story of the Holocaust,” is being organized by GVSU’s chapter of Hillel, an international Jewish organization.

Robin Hutchings is the treasurer of Hillel and said she is very excited to hear Brown speak and to meet her in person.

“She could’ve so easily just kept it all to herself and locked it away because it was such a traumatic event, but she decided that that can’t happen, and she felt she needed to speak out about (the Holocaust) to make sure it didn’t happen again,” Hutchings said.

Brown is a speaker through the Illinois Holocaust Museum and Education Center and shares her story with schools across the country. She said many people were not aware of the atrocities in Auschwitz and other death camps when she came to the U.S. in 1946, and many were also not willing to listen. She said many survivors talk about how their stories were dismissed by many people who lived through hardships such as the Great Depression and World War II. It wasn’t until the intended Nazi march of 1978 in Skokie, Illinois, that Holocaust survivors began to come forward to tell their stories, she said.

Brown’s presentation will incorporate three lessons she hopes students will take away from the event: “protect your freedom,” “think before you hate” and “stand up to the deniers.”

Hutchings has not yet listened to or read Brown’s full story and said she hopes to remain “raw” and “in the moment” during the time of her speech.

“I want to really be present hearing it for the first time when she’s right there in front of me,” Hutchings said. “I know she really wants to put the message across that she loves speaking to college students because we’re a new generation coming into the world to make changes.”

“We’re running out of time to have these one-on-one conversations with Holocaust survivors,” she said.

Hutchings said it’s important for students to attend so they can learn more about the past to better prepare themselves for the future.

“It’s very important to know that this so easily happened because people just stood by,” Hutchings said. “Our voices really do mean something.”

For more information about “A Light in the Darkness,” visit http://www.gvsu.edu/events/a-light-in-the-darkness-a-survivors-story/.