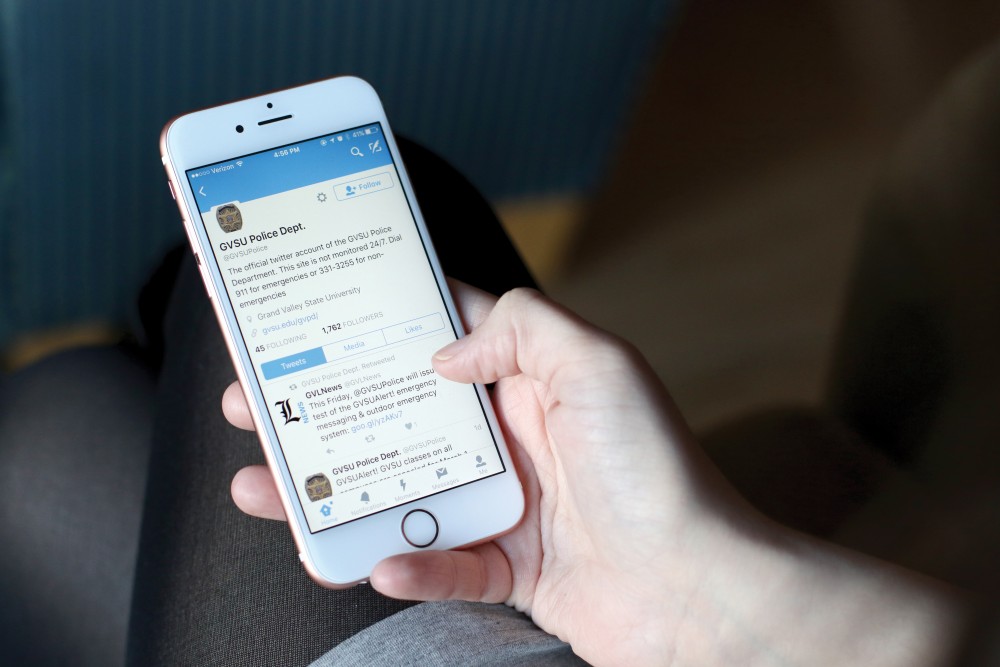 In order to stay current and well-informed, businesses and governmental organizations cannot afford to ignore the overwhelming presence of social media and its effect on consumers. One of the main players in the social media game is police departments.

Through this no-cost method of investigation, police departments are able to reach a larger audience than they could simply from their investigations alone, said GVPD Captain Brandon DeHaan.

GVPD uses Twitter to display pictures captured of individuals through security cameras across campus. Individuals pictured in these photos are either suspected to have committed a campus crime or people who could assist with the investigative process.

“Our community has been very receptive to these posts identifying people we need to speak with regarding our investigations,” DeHaan said.

The majority of photos captured and posted on the GVPD Twitter have to do with instances of retail fraud in the Laker Marketplace or other retail locations around campus. However, GVPD also uses Twitter for alerts about school closings, relevant tips, pictures of community involvement, interaction with students, parking changes and updates, football game regulations and other emergency information.

Currently, GVPD has over 2,000 social media followers including students, faculty, staff and community members. Many times when the police department tweets out requests for information from the community, they receive numerous tips within a short time span.

“Identifying individuals through these methods provides tremendous leads for our investigations that speed up the process significantly,” DeHaan said.

One of the biggest reasons GVPD uses Twitter and Facebook to aid their investigations is to reach out to a larger span of people than just those the police department can contact. By utilizing social media, GVPD is able to get in contact with friends of friends of students and community members, DeHaan said.

Additionally, he said social media platforms create a casual and trusting connection between the police and the community.

“It’s important that people see us as a helpful resource instead of always as a negative consequence,” said Sgt. Jeff Stoll of GVPD. “We are here as a service and to ensure that campus stays safe.”