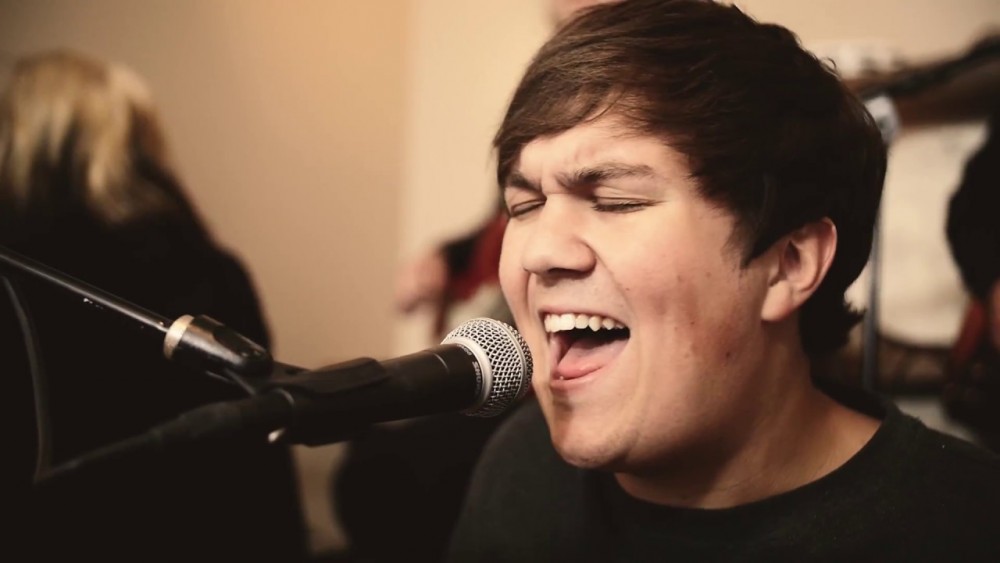 Vocalist Ben Awrey of Michigan band Young Pioneer performed an acoustic concert for Grand Valley State University at the Cook-Dewitt Center in Allendale at 9 p.m. The show was held on Nov. 15 and was sponsored by GVSU’s Spotlight Productions.

Junior Kalie Tomlinson is the Concert Chair of Spotlight Productions and in charge of coordinating concerts for the organization’s events on campus. Tomlinson and Awrey connected at a previous concert, which led to Awrey’s collaboration with Spotlight Productions. She expressed her excitement about bringing Awrey and his music to GVSU’s campus. In past years, she said Spotlight Production used to host a coffee shop series, and since she said she loves music—this concert was her way of bringing it back.

According to Tomlinson, before the GVSU performance, the band had never done an acoustic set before. She described the band’s style as a mix of pop, punk and alternative music. While some audience members were familiar with his band, Awrey accommodated to students who were new to his music by introducing each song with a brief description. Staying true to the coffee shop theme, the artist interacted with the students in between songs by relating and talking to them in a casual manner.

Awrey played a range of music during the concert, including new songs and songs from Young Pioneer’s last album. He said that many of the songs he played were originally upbeat dance songs that he altered into music he could play on an acoustic guitar.  In addition to playing his band’s music, Awrey covered two songs, including a recently popular song by Post Malone.

Young Pioneer’s first album was released in 2015, called “When Does the Night End”.  All of the new music he performed is currently unreleased except for his recent single, “Never Look Back”, which is currently their most popular song on Spotify and was released this year in June.  He adds that the band loved the 2015 record but he said, “we took a little bit of a new direction with our new stuff.”

As a Michigan native band, originating in Brighton, Michigan, Tomlinson said the band often does local performances. However, this spring, Young Pioneer opened for bands such as All Time Low Set It Off at Michigan State.

While Awrey was the only band member who could make it to campus, he promoted his band and asked the audience to follow them on social media. The band can be found on twitter @youngpioneerMI and on Instagram @youngpioneermusic. Their music can also be streamed on Spotify.

Spotlight Productions is a student run organization which holds free entertainment to students on campus. Their variety of events pulls from a range of students. Aside from their free screening of movies in the Kirkhof theater, the organizations next event will be “Let’s Get Crafty” which is a free mug decorating event on Nov. 27 at 8 p.m. in Kirkhof 2204.  On Nov. 28, the club will also be hosting an event featuring hypnotist Tom Deluca from 9 to 11 p.m. in Kirkhof 2250.