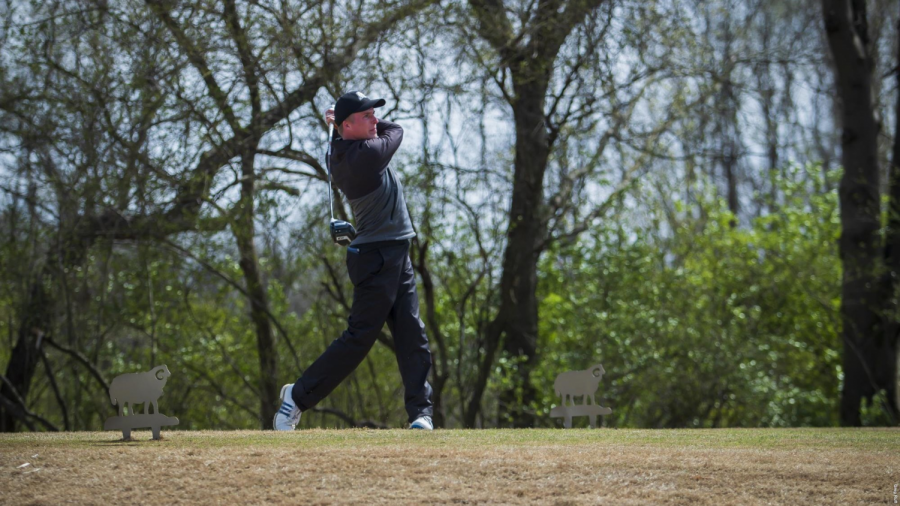 At the beginning of the 2018-19 men’s golf season, it was Alex Scott and a handful of promising young golfers that made up the men’s golf team for Grand Valley State University.

Most major polls had this team ranked outside of the top 25 nationally, most notably 29th going into the Division II National Tournament. But after round play concluded at The Resort at Glade Springs in Daniels, West Virginia on Thursday, May 23, GVSU finished the year ranked 11th nationally.

“It was the best season we’ve had in the history of men’s golf here at Grand Valley State,” said GVSU men’s golf head coach Gary Bissell. “I’m definitely proud of what this team has achieved this year.”

In addition to earning their highest finish in GVSU history, tied with the 2000 men’s golf squad who also finished 11th, Alex Scott capped his collegiate golf career as the most prolific golfer in GVSU history, while also helping guide the men’s golf team to their first national tournament appearance since 2008.

“Overall, I think we did a good job of exceeding the expectations that were placed on us team-wide at the beginning of the year,” Scott said.

While Scott felt good about his team’s finish and his individual performance, he did not share the same level of satisfaction as his coach in reflection.

“We played well all year, but I don’t think we played our best brand of golf — me included — out there on the course over the span of those three days,” Scott said. “Collectively as a team, I don’t think anyone in particular was golfing out of his shoes, but at the same time, we still put ourselves in a good position to advance to match play.”

Scott said that was what he found most exciting about playing in the DII national tournament. Despite feeling that they did not play their best opening rounds, GVSU entered the final day of stroke play in fifth place before carding a third-round score of 301 (+13) to move them outside of the top 8 teams who moved on to match play.

“It was a weird tournament for me because I’m usually pretty consistent with my scoring,” Scott said. “But at nationals, it was a different story. I had a really great round sandwiched in between two pretty below average rounds for me.”

“When I carded a 65 in the second-round, I was feeling pretty good because that score gave my team a good cushion for the rest of play that day,” Scott said. “Then we saw our place after play ended and we tried to keep the hype and excitement down because we wanted to come out and play another solid round of golf the next day, but sadly that didn’t happen.”

“I think our three seniors (Scott, White and Messner) did an excellent job of setting an example for the younger guys to follow, and that’s why we had the level of success we did in West Virginia,” Bissell said.

With the 2019 season coming to a close, GVSU will lose an All-American and National Men’s Golfer of the Year Candidate in Scott, who plans to take his talents north to try out his hand in professional golf by participating in the Palmer Cup and a few Mackenzie Tour events.

“It’s a tough loss when you’re looking at losing the best golfer in the history of your university,” Bissell said. “But we have a really great recruiting class coming in with a strong mixture of returning golfers so I’m excited to see what we can cook up next year.”

GVSU is bringing in four new recruits for next season. Of those four recruits, Charlie DeLong and Nick Krueger were ranked in the top 100 of their class nationally and Drew Coble has a pedigree for golf, as his father is a former pro on the PGA Tour. The fourth recruit, Alex Jordan, grades out as a raw talent, but a tremendous athlete who played basketball, soccer and golf in high school.

“We’re really excited about the future of Grand Valley golf with these kids,” Bissel said. “They’ll be rookies, but they’ll be in position to contribute too, so I look forward to hopefully seeing some flashes of brilliance in combination with times of growth and maturation. Then, hopefully we can put it all together and get back to nationals again next year.”