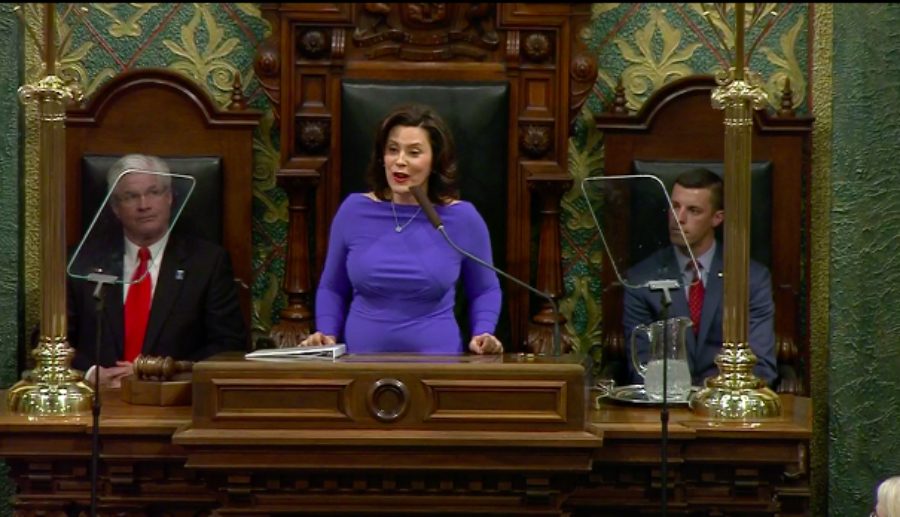 Since her gubernatorial race victory in November and inauguration in January, Michigan Governor Gretchen Whitmer has made clear her plans for big budget issues in Michigan like healthcare reform, road construction and LGBTQ rights. Whitmer also voiced her plans for Michigan’s education system reform and has introduced her education budget plan for 2020, which will target low-income areas and at-risk students in Michigan, with schools in the Grand Rapids area receiving more than $360 per student as proposed by increases in funding.

John Helmholdt, Executive Director of Communications and External Affairs for Grand Rapids Public Schools, explained that the proposal and subsequent plan for additional revenues is a significant step forward and will help make progress toward schools’ goals, especially considering that the education quality of young students in the Grand Rapids area needs much improvement and support.

“Our goal is for every child to graduate from high school college — or career — ready,” Helmholdt said. “We know that in high-poverty areas, students starting kindergarten are one to two years behind students in more affluent areas, and additional effort and resources are necessary to elevate students’ proficiency. It costs more to educate a high school student than an elementary student, and yet the per-pupil funding is based on a single flat rate”

Whitmer’s education budget proposals also included changes to the School Aid Fund, which was originally intended for public schools in the state, but ultimately funded universities instead. Her intended plan will divert that money back into lower education, giving more money to schools on a need-based level.

Matthew Mclogan, GVSU Vice President for University Relations, explained that there aren’t yet solid numbers to show how these budget proposals will affect GVSU until a solid decision is reached.

“There are significant differences in how much money the governor, House, and Senate are willing to commit to the state’s 15 public universities,” McLogan said. “Each arrived at their budget numbers using different criteria and methodology. Next, we will see if the House and Senate can come together on a budget bill that both chambers can support. If that happens, it will then be Gov. Whitmer’s turn, as she has the authority to accept the legislative measure or to return it to the House and Senate with her objections noted.”

In the coming months, changes to the budget proposals will be finalized. Helmholdt explained that he hopes the proposals will help schools meet the needs of students and equalize the funding of all schools around Michigan.

“We hope to ensure that schools are funded based on the true cost of meeting the individual academic needs of each and every child, and the federal and state mandated services for high-needs students including poor, special education, English language learners,” Helmholdt said. “(We also hope to) ensure greater equity and fairness, including a per-pupil funding formula that is appropriately adjusted for student needs, grade level and online education options.”