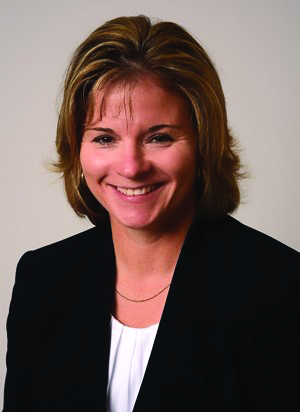 Created by an executive order of new Michigan Gov. Gretchen Whitmer, the Task Force on Women in Sports has three jobs: to assess the past and present of women’s sports in Michigan, to develop plans that promote opportunities for girls and women in sports and to report their findings to the governor herself. Grand Valley State University’s own athletic director, Keri Becker, couldn’t be happier to work alongside the other fourteen members serving these goals.

“I’m honored to be a part of these conversations,” Becker said. “There’s two big reasons I said yes. One, when the governor calls you to help with something like this, I don’t think you can say no. Two, I think about all the women who came before me and paved the way. I want to make sure I give back to all the women who are going to come after.”

Much of the research examined by the task force in their Thursday, June 27 meeting reading was from the Women in Sports Foundation on gender bias in college sports, especially in regards to women coaches, as well as the “2019 Gender and Racial Report Card” given to the NBA by The Institute For Diversity and Ethics in Sport. The report detailed the gender makeup of not just coach hires, but team management, presidents and league offices.

“Careers in sports are more than just playing them,” Becker said. “It’s manning the front office, marketing, journalism, communications, sales. It’s a lot of different positions we see dominated by men. The president of the Red Wings, he wants very much to get more women working for him, but they’re not in the pipeline. That’s what we want to break through and break down. You could replace ‘athletics’ with engineering, with the sciences. It’s the same conversation.”

The Women in Sports Foundation also described the physical and psychological benefits of playing sports for girls, who are statistically less likely to play than boys.

“We know that more and more girls are not playing sports,” Becker said. “We need kids to cultivate those skills that come from being part of a team. Women are given opportunities at the college level because of their opportunities on the youth level. So it’s not just about K-12 sports or community sports, but both that puts them in the pipeline for college level and equips them for their careers afterward. When you do research into women entrepreneurs, women who are leading companies, they have sports in their background. It can be foundational.”

In Becker’s opinion, GVSU is an excellent example of collegiate sports that supports student athletes — both men and women — the right way.

“I’ve been here since 2011, and a lot of it has been about maintaining this level of success for both men and women athletes,” Becker said. “But it should be noted that the amount of success our women’s teams have is because we invested resources in both genders. Our women’s teams have been doing really well lately. We’ve had 22 varsity national championships since 2002 — 17 of them have been on the women’s side.”

Whitmer’s task force will continue meeting and discussing these issues until their final report to the governor in 2021. Until then, their work can be followed through Michigan’s online Secretary of State office.