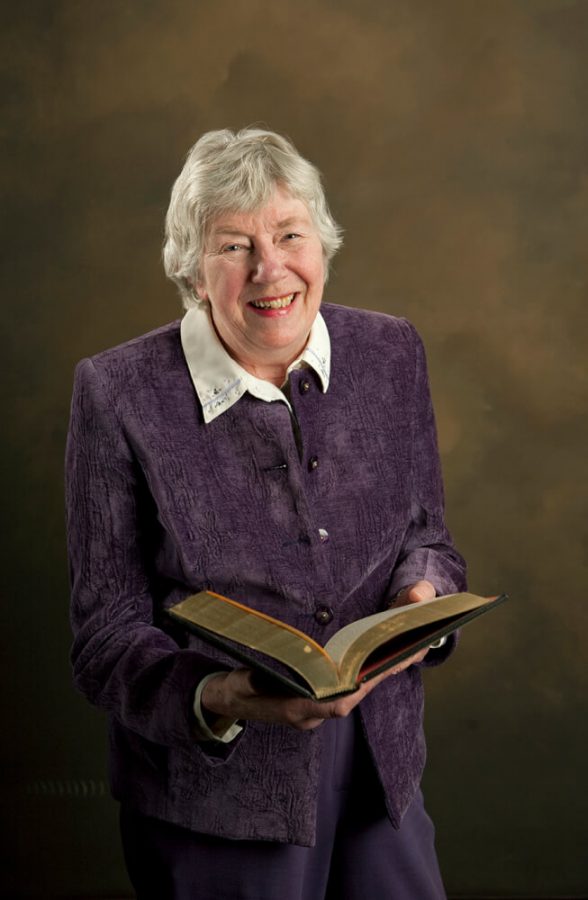 Throughout her career at GVSU, Seeger held many different positions. She served not only as a professor, but as associate dean for the College of Arts and Sciences, acting director of the Graduate School of Education and director of the Academic Resource Center. She was named dean in 1989 — the first woman to hold the title — and continued in that role until she retired in 2005.

The Seegers cared greatly for the students, and even arranged for GVSU students studying abroad in Germany to live with their family.

The Seegers have several scholarships in their honor. One for students studying abroad, called the Mary A. and Wilhelm W. Seeger Global Programs Scholarship, and another for incoming freshman majoring in a foreign language.

Not only did Seeger give a lot to the GVSU community, but she received a lot of recognition and awards for her services. She was presented the Grand Valley Women’s Commission Maxine Swanson Award in 1999, Progress in Equity Award in 2000, the Women and Gender Studies Barbara Jordan Award in 2001, the Lifetime Achievement Award in 2005 and the Arend D. Lubbers Award in 2010. She was also recognized as a women’s advocate by YWCA in 2013.

Dean Seeger made a tremendous impact at GVSU. She created ten programs to improve the lives of GVSU students and had been active in countless groups dedicated to women’s rights and equality. She led the university in its first climate study in 1993 and the equal salary study in 1999.

Associate Vice President for Equity, Policy and Compliance Kathleen VanderVeen said that because of Seeger’s work and pushing for equality, the university had improved considerably. With Seeger’s efforts, change was coming to GVSU.

“Grand Valley, and all of us who stand on (Seeger’s) shoulders, will be forever grateful for her legacy,” VanderVeen said.

Seeger pushed for LGBT issues to be studied, established the Women’s Commission and helped narrow the gap in pay between male and female staff members.

Not only did Seeger improve her school, she also helped enhance her community. She served as the president for the Greater Grand Rapids Women’s History Council from 2000-2010 and for the Michigan Trails from 1995-2001.

The Seegers dedicated more than 45 years of their lives to the improvement of the university. They continue to improve the lives of students through scholarships and the advancement made on campus even today.

Seeger is survived by her husband Bill, sisters Kathryn George Johnson and Jane Elizabeth El Shami, brother-in law Joe and his wife Polly. She also leaves behind many friends and countless people whose lives she had impacted.